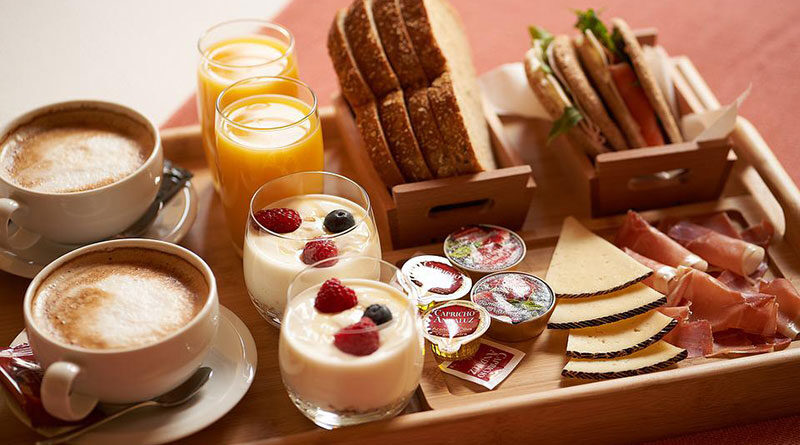 A survey of 55,000 hotels by data company OTA Insight shows that hotel breakfasts in Europe (three, four and five stars) are heavily priced this year.

In the top ten, dominated by Swiss destinations, you can easily pay more than £16 for a hotel breakfast this summer. London (£15.06) is the most expensive city in the UK for hotel breakfasts. Remarkably, the most popular destinations are not always the most expensive for breakfast at a hotel, as Crete, Marbella and the Algarve prove. “Hotels are trying more than in the past to optimize their revenues with extras such as parking, breakfast and wellness,” says Maxime De Wintere, expert in pricing for hotels at OTA Insight.

With no fewer than four cities in the top ten most expensive hotel breakfasts, Switzerland clearly takes the prize for hotel breakfast pricing (Zurich, Basel, Geneva and Zermatt) at £16.10 on average.

“Prices of hotel breakfasts are determined by the standard of living of the country where the hotel is located – and of course also on the level of local competition,” said Maxime De Wintere.

Prices of hotel breakfasts were looked at across all stars (three, four and five star hotels). On average, you pay around £11.20 per person for breakfast at the destinations in the list of just under one hundred top European destinations – a hefty sum.

Why are hotel breakfasts so expensive? The reason is simple: because tourists are willing to pay for them.

Maxime De Wintere:
“Inflation probably plays a part, but it doesn’t explain everything. Hotels want to be able to price their rooms attractively. In the past, hotels compensated for lower room prices with expensive cancellation premiums, but since Covid this has become very difficult. So hotels have to increase their profitability in other ways. We see a clear trend among hotels to raise prices for breakfast, but also through additional charges for services that used to be free – parking, access to wellness, special zones at the pool or beach, resort fees and other services that were not charged before. In this way, they create more income streams and hotels become more financially stable.”

“But the main reason is this: tourists are simply willing to pay – after two years of Covid, we are happy to travel again, and we look less at a bit of extra money here and there.”