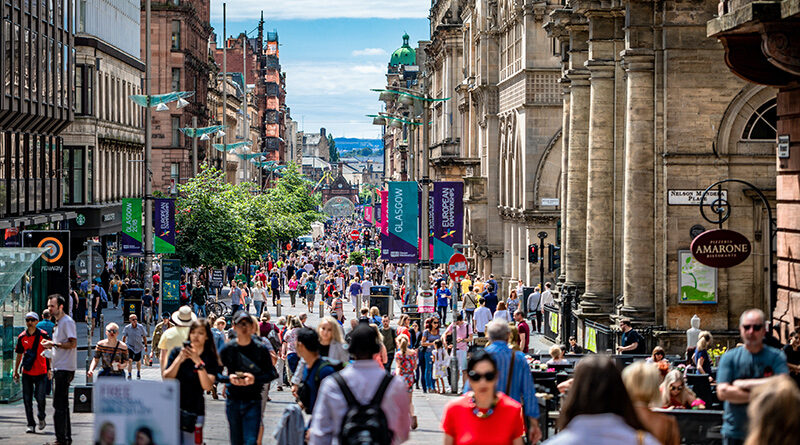 Out-of-home food and drink sales are in growth in just half of Britain’s ten biggest city centres, new research from CGA and Wireless Social shows, as new challenges facing the sector begin to take their toll.

The joint ‘Top Cities’ report combines CGA’s sales data with device log-in data from Wireless Social, the leading connectivity solutions provider for hospitality and leisure businesses, to provide a ‘vibrancy’ ranking of Britain’s ten most populous cities over the four weeks to 30 July 2022.

While sales are flat in the latest period of measurement, in light of inflation they are falling below in real terms as the hospitality sector builds back whilst facing new challenges. Sales across the top five cities in the vibrancy rankings for July (3rd July – 30th July, 2022) were between 0.2% to 6.2% higher than in the corresponding four-week period in 2019, however for the first time since the January edition of the Top Cities Vibrancy Report, the data shows five cities in total experiencing negative sales versus the same time period in 2019.

Glasgow once again takes the number one spot on the list of most vibrant cities, primarily driven by sales performance – however with inflation at nearly 11%, it will be difficult for this to constitute growth in real terms, which is the case for each city in the Top Cities Vibrancy report. The latest report also saw last month’s top city of Leicester drop to 5th place, with Birmingham demonstrating a performance closer to its higher rankings seen in February and April as it climbed from 5th place to 2nd place in the latest period. Meanwhile Bristol has continued to rank highly, driven by increased log-ins in the latest four weeks which has contributed to its overall vibrancy ranking position of 3rd.

London’s vibrancy was once again towards the bottom of the list, however during this period this was mainly driven by a negative sales performance (-7% versus 2019), rather than guest log-ins. With the Capital seeing an influx of tourists over its peak period, this is likely why London has instead seen a spike in log-ins.

CGA client director Chris Jeffrey said:
“Following its performance in the first half of the year, it’s no surprise to see Glasgow back on top and it’s promising to see Birmingham climb back into second position. However, it’s clear that despite the sales growth seen across some cities, the sector is still facing substantial challenges in the form of inflation, rising costs, staffing shortages and supply chain issues. With half of the cities on the vibrancy ranking report seeing negative sales versus 2019 for the first time since P01 and cost of living concerns beginning to impact consumer spending, it looks likely that challenging trading conditions will continue to affect the sector.”

Julian Ross, founder and CEO of Wireless Social, said:
“While it’s encouraging to see growth in some parts of the country, the economic climate continues to be extremely concerning for hospitality businesses. The cost-of-living and energy crises rage on, with seemingly no clear objectives or support measures in place or even on the table – without this intervention, the industry is heading for an extremely bleak autumn and winter. Support for our sector is desperately needed, and it’s needed now.”