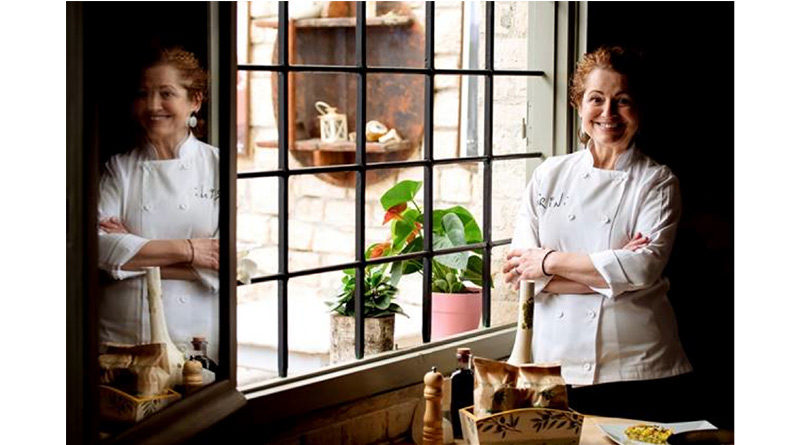 The winner of MasterChef 2019 has been confirmed as a special guest at the forthcoming Lakes Hospitality Show on 25 & 26 March 2020, where she will be creating special dishes made from nationally and internationally renowned local Cumbrian produce.

Irini Tzortzoglou hasn’t been wasting any time, having already highlighted local products including Kin Vodka, Hawkshead Relish, beverages from the Lakes Distillery, Claire’s Handmade and even Windermere Artisan ice cream as potential ingredients for her creations.

Irini, who impressed MasterChef judges in early 2019 thanks to her ambitious cooking methods, says, “Coming from Crete, which is acknowledged by many as the European seat of eagerness to show hospitality – as well as a foodie island, I feel that I fit right in in Cumbria. It is a wonderful county which welcomes millions of visitors every year and its tourism industry has such a strong culinary focus.

“I have always considered myself extremely fortunate to have homes in two very different places, Cumbria and Crete, where nature is stunning, the people are warm and hospitable, and much time is taken by many to produce amazing culinary delights. This is my hope for this year’s LHA show where I will create dishes that I love using great, world-famous local produce.

“I was honoured to be asked to participate at the LHA show this year and I will very much enjoy bringing together the abundance of wonderful Cumbrian produce made by passionate artisans and elements of my culinary heritage, demonstrating what is possible with only a small amount of effort and time, along with a lot of enthusiasm.”

Cumbrian hotelier and Director of the Lakes Hospitality Trade, James Tasker, says, “We’re so pleased to announce Irini as one of our special guests, especially so soon after she brilliantly won such a prestigious TV cooking show. We’re delighted and have no doubt that Irini will come-up with some amazing ideas and we’re all very excited that she’s planning on using local produce to come up with what are sure to be extremely tasty creations!”

The 2020 event will celebrate the show’s 45th anniversary, at the Junction 36 Rural Auction Centre. Just a one minute drive from the M6 motorway, the show is not only one of the biggest in the north of England, but one of the most easily accessible.

To find out more about exhibiting at the Lakes Hospitality Trade Show, visit: www.lakeshospitalitytradeshow.co.uk