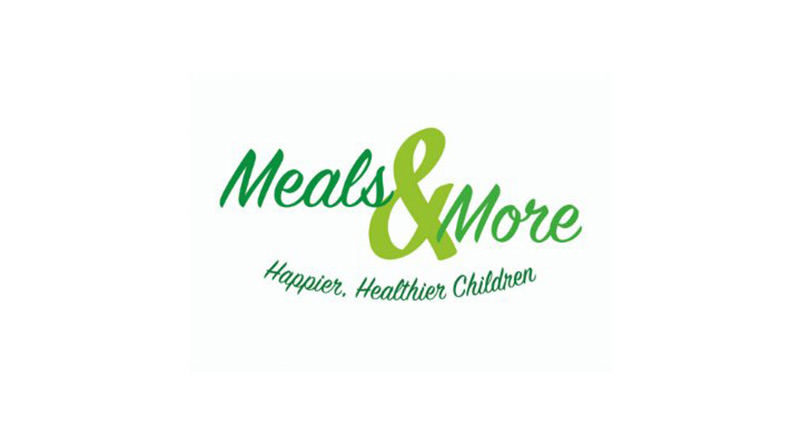 Meals & More, the charity has called on the Government to go even further to help hungry children this Christmas.

While welcoming the positive Government announcement of a support package to help children and families over the winter period as well as the extension of the Holiday Activity & Food Programme and Healthy Start Voucher improvement, the charity is concerned that it is not sufficient to cover enough children in our communities that live with poverty and isolation.

With more than 4.2 million children living in poverty, Meals & More is calling on the Government to extend the support to all families on Universal Credit, as it launches its fifth annual Christmas campaign to end holiday hunger for all children in Britain.  Despite the Government’s announcement the charity remains concerned that this Christmas will be the toughest for families since it started.

The past year has seen holiday hunger become one of the most talked about aspects of child food poverty, helped by the launch of the Child Food Poverty Task Force, formed by footballer Marcus Rashford. Brakes joined the Task Force in October, adding its voice to others in the industry in calling for the endorsement of three policy recommendations from the Government’s National Food Strategy – a unifying step to identifying a long-term solution to child food poverty in the UK.

However, there is a stark warning from Meals & More that, without further significant support and intervention, the financial strain to many families caused by the consequences of the COVID-19 epidemic will mean there is little room for festive cheer this Christmas. Launching its fifth Christmas campaign to help bring relief to some of the millions of families who face an uncertain Christmas, Peter McGrath, Operations Director at Meals & More, said: “Since Marcus began campaigning there has been an increase in understanding of child food poverty and the needs of children and families during holiday periods. We have been asked by the clubs we support if there is additional funding available as the ramifications of the pandemic begin to be felt across the country, so to this end we are launching a Christmas campaign and people can donate through the Virgin Money page.

“Meals & More now supports 220 kids’ holiday clubs across the UK, providing meals and a safe and fun place for children and their parents. We’ve provided more than 440,000 meals over the past 5 years to more than 10,000 children each year.

“There is a danger that people think that this announcement from the Government solves the problem – it doesn’t.  Of course it’s a step in the right direction, but there will still be many, many parents dreading the expense of Christmas and especially this year when so many are suffering financially because of COVID, but Meals & More continues to work to lessen those worries.”

Meals & More is calling on the entire food industry to unite in support of the effort to put an end to holiday hunger.  While the long-term situation remains unclear, the charity has urged companies from food manufacturers to restaurants who want to help but don’t know how, to support Meals & More’s mission, which is already feeding thousands of children over the holiday period, getting food onto the tables of those who really need it.

Peter McGrath said: “The momentum that we have this year is such that we have a once in a generation opportunity to do something really special for our most vulnerable children. When we started this journey five years ago, our goal was to create a movement to end holiday hunger and we’ve made some amazing progress over the years, and that’s been catapulted to whole new level with the ‘Rashford effect’.”

The Right Reverend Paul Ferguson, Bishop of Whitby, and Chair of Together Middlesbrough & Cleveland, which runs a number of clubs supported by Meals & More, said: “We are proud to work with Meals & More, who provide much needed support to our Feast of Fun holiday hunger programme. We have a long-standing history of deprivation in our area, with 1 in 3 children living in poverty. COVID-19 has escalated these issues for our most vulnerable families, and this continues to increase. This Summer’s Feast of Fun was five times the size of last year, and October half term bigger again. We are planning for even more this Christmas and stand fully behind the faith leaders’ call this week to Government to tackle child food poverty.”