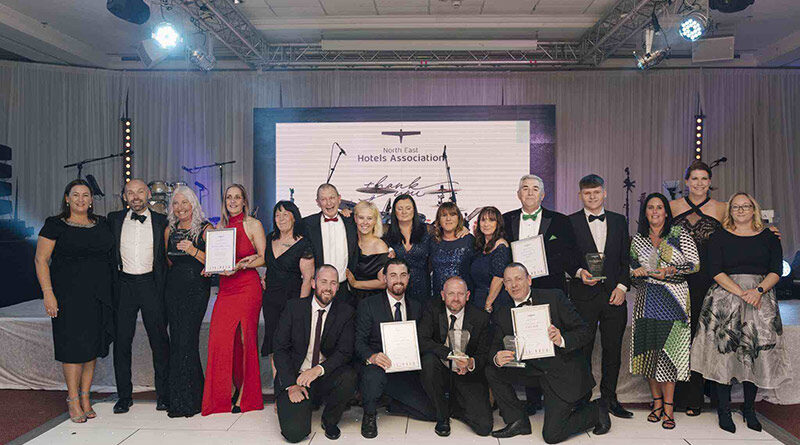 After a two-year break, because of the Covid pandemic, one of the hardest-hit industries, a hospitality organisation, came back fighting last night and proved that they may have been down, but they’re definitely not beat!

North East Hotels Association (NEHA), which was established over thirty years ago is an organisation which offers support, guidance, and camaraderie with hoteliers as well as businesses associated and servicing this industry.

Believed to be one of the biggest of its kind in England, NEHA currently has 45 of the best-known hotels in the region and are the voice of the hospitality sector. Their aim is to speak out, influence and challenge the decisions made on behalf of their industry and have their voices heard. NEHA strives to make the lives of hoteliers an easier one and address some of the obstacles that often arise.

The organisation celebrated the success of the industry with the Excellence Awards and recognised the most deserving at a black-tie ball, which took place on Sunday October 2nd at The Grand Hotel, Gosforth Park, where over 370 guests were in attendance and were treated to a three-course meal and a live band. Winners and sponsors are attached.

Collaborating with key sponsors from the region, the ball highlighted the individuals / categories with awards given to the best, and recognising the excellence within the industry, against all the odds. Their aim – to seek out the best people, those that have gone the extra mile in providing exceptional service.

Anna Wadcock, General Manager of the Maldron Hotel and Sarah Harrison, General Manager of the Marriott MetroCentre at NEHA said:
“It’s so good to be back after the most stressful two years that our industry has ever seen. Our staff have coped remarkably well and fought against adversity in a way that only people in the service industry could understand. We’re grateful to all our members and sponsors who have supported us over the years and this years Excellence Awards Ball was a great evening for everyone.”

The contribution that hospitality industry has on the economy is enormous in the region, with over 4500 bedrooms and a spend of £70M on goods and services. The hotel revenue alone exceeds £200M, with an economic footprint estimated at £616M.

Anna concluded:
“In an industry that employs in excess of 3,400 staff and influence in the region of 11,400 jobs, we hope that more hoteliers will consider joining NEHA, in order to get their voices heard.”