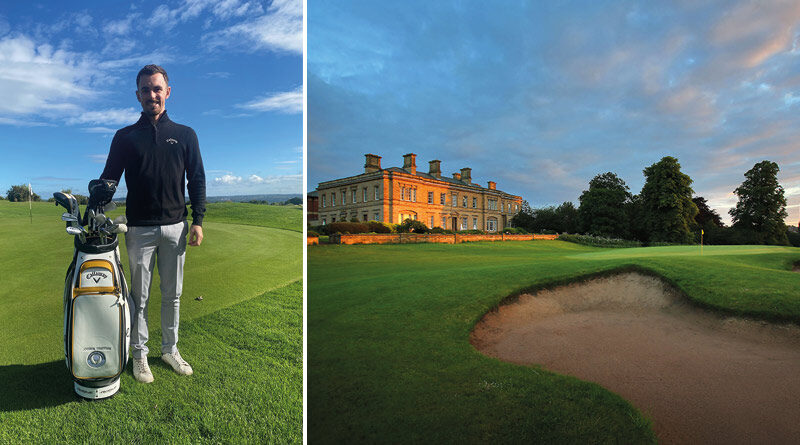 A PGA golf assistant professional is preparing himself to take on a mammoth golf challenge as he looks to raise as much money as possible for charity.

Oulton Hall, Hotel, Spa & Golf Resort’s Joshua Whittam will take to the fairways at the 27-hole venue for 24 hours later this month for charities Leeds Mind and Alzheimer’s Society.

The 23-year-old, who lives in Pudsey, Leeds, will start his challenge at 9am on Friday, October 21 at The QHotels Collection venue and will continue playing through to 9am on Saturday, October 22 with the intention of finishing on the 18th green surrounded by family, friends and colleagues.

A number of those who will gather by the final green at the end of the challenge will also be supporting him through the day. Friends will be on hand through the night to provide torch light and company, and his dad and Oulton Hall colleagues will play several holes alongside him during the day and evening.

Whittam, who has been working at Oulton Hall for the last 11 months, said:
“I’ve not done anything like this before, I’m kind of filled with excitement at the moment and really looking forward to it.

“I’ve got a lot of people supporting me throughout the night, coming round, and I think that’ll be a big thing to keep me going. All in all I’m really looking forward to it – it’ll be a good test mentally and physically.

“One o’clock to five o’clock in the morning will probably be the hardest time … I think that’s where the people with me will keep me going.”

The PGA assistant wanted to support both a local and national charity. Whittam’s chosen national charity was the Alzheimer’s Society – a care and research charity working in England, Wales and Northern Ireland for people with dementia and their carers.

Leeds Mind, an independent charity affiliated with National Mind and the Mind federation that helps those with mental health struggles, is also set to benefit from the challenge. The charity is especially close to home for Whittam with some friends and family members having experienced their own battles with mental health.

Whittam added:
“I know a lot of people, family, friends and people I’m in contact with that have struggled with mental health.

“A lot of people find it hard to speak. A charity like them gives that awareness and that support to people who need it. I’m just hoping I can raise a good amount more than anything for the charities.”