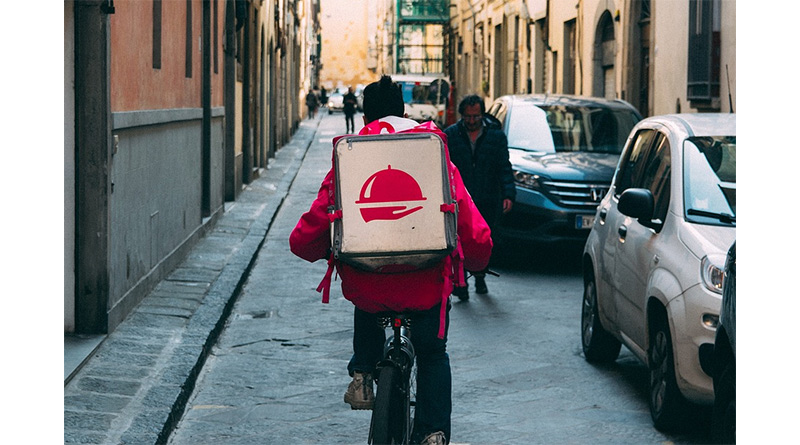 UK lockdowns prompted Brits to increase spending on takeaways by almost half (42 percent) as the hospitality sector closed to on-site dining, according research.

The report, “Food for thought”, crowned Nottingham as the takeaway capital of the UK with average spend standing at £1,097 per person in 2021, up almost four times on the £299 average spend of a Nottingham consumer in 2019.  Liverpudlians spent the least on takeaway food with the average spend at £346 per person, whilst fast food lovers in Belfast and Sheffield also spent below the £400 mark.

Three fifths (61 percent) of those who have ordered a takeaway or a meal kit say they will go to a restaurant in person based on their positive experiences of ordering their food over lockdown.

Commenting on the findings, Will Hawkley, Global Head of Leisure and Hospitality at KPMG said:

“The increased appetite for takeaways has in part been driven by the pandemic, but credit must also go to restaurant operators who took innovation to new levels to capitalise on booming demand. They adapted to the channel-shift of at-home consumption with direct-to-consumer offerings, such as meal kits and subscriptions.

“The hospitality sector is steeped in customer-centricity and creativity and, through necessity, has condensed a decade or more of innovation into less than a two-year period.”

Chinese was cited as the most popular cuisine to be ordered amongst those surveyed (55 percent), followed by Pizza (52 percent), Indian (45 percent) and Fish and Chips (39 percent).

Since the pandemic, a third (37 percent) of Brits admitted to trying something new with food ordering including a fifth (19 percent) who have ordered a takeaway from a pub or restaurant that previously only offered an eat in service.

One in five Brits (17 percent) admitted to having tried meal kits from a restaurant or a recipe box from a dedicated provider.

“Our survey suggests that growth in takeaway consumption is here to stay, which will continue to bring more entrants into the market. Even though ultra-rapid grocery delivery companies are playing in a different market to meal delivery, there’s scope for them to eat into takeaway operators’ market share too.

“Embracing a multi-channel offering with the right mix of eat-in, takeaway and meal kits promises enormous growth potential and could attract investors for operators. Reverting to pre-pandemic operations and channel mix is unlikely to be a recipe for success.”

Other key findings from the research: