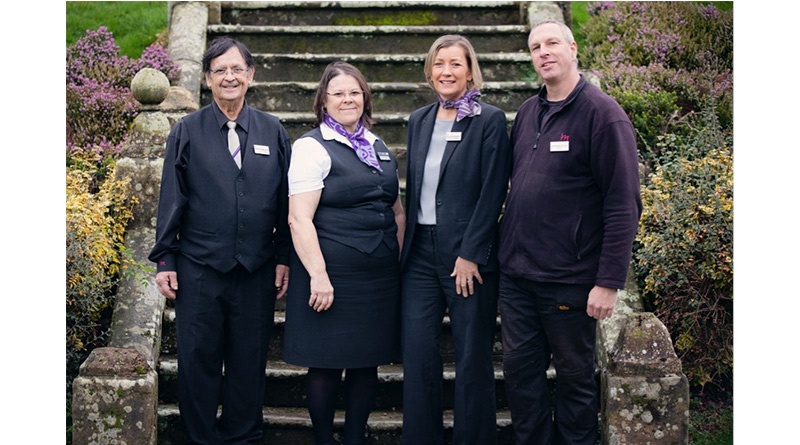 A Shropshire hotel is planning a party in honour of four long serving members of staff who have provided 125 years of service between them.

The fantastic four say that it’s the ‘family feel’ at the four-star Mercure Shrewsbury Albrighton Hall Hotel and Spa, which is managed by Focus Hotel Management, that has made them want to stay there so long.

The longest serving member of the team is food and beverage supervisor Pedro Lagos, who has been with the hotel for a total of 35 years. Just one month behind him is his wife, Clara, who is head housekeeper.

The pair, both from Portugal, worked together at a different hotel in Kidderminster. Its owner bought Albrighton Hall, and the coupled moved across to the 18th century former manor house.

Pedro started work as a wine waiter while Clara began as a waitress.

Leisure revenue manager Lucy Capener has been at Albrighton Hall for 28 years, having started as a swimming instructor.

In his 27 years at Albrighton, Dave Shakespeare has cultivated a career that has taken him from junior gardener to head groundsman.

For Lucy and David, Albrighton Hall Hotel and Spa has been their only place of work.

The four agreed that they felt proud to work in such a stunning property in a beautiful location, some key reasons why they have stayed so long.

Pedro added: “Working with such a great team, we are one big happy family!”

General Manager, Jennifer Sibbald Wall, said: “We are planning a party in the spring to celebrate their incredible long service.

“At a time when staff generally seem to be very transient, it’s gratifying that we have people working here who are clearly so passionate about their roles and the hotel.

“It’s great for our returning guests, too, as they are often welcomed by a friendly, familiar, face which can make our hotel feel like a ‘home from home’ for them.”

Peter Cashman, CEO of Focus Hotels Management, said: “We could have the very best hotels on the planet, but if they are not staffed by the right people, then guests will not want to come back again.

“Having four people who have given 125 years of service between them hopefully demonstrates that, as an employer we are getting something right.

“It also suggests that those staff members are happy at work and passionate about what they do, and that can only reflect positively in the service they provide to our guests.”