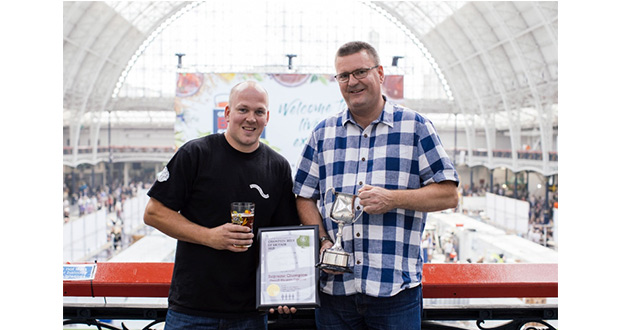 A brewery located in the heart of the Surrey Hills Area of Outstanding Natural Beauty has come out top in a competition to name the best beer in Britain, according to CAMRA.

The Champion Beer of Britain 2019 competition is one of the most prestigious and well-recognised beer awards. Hosted by CAMRA, it takes place on the opening day of the Great British Beer Festival (6-10 August, Olympia London).

‘Shere Drop’ is a former winner in two different categories and took home bronze in 2010. Described as pale in colour with a subtle hint of grapefruit and lemon in the aroma, the wonderful hop bitterness is complemented by a balanced malt flavour.

The Champion Beer of Britain is the culmination of almost a year of local tasting panels and regional heats, recognising the very best in British beer. Final judging for the competition is held at the opening of CAMRA’s flagship beer festival, which sees over 40,000 visitors through the door to sample nearly a thousand different beers, ciders, perries, wines and gins.

Ross Hunter, director of Surrey Hills Brewery, said: “I am absolutely elated. We have reached the final a number of times, which is most important as it means we are consistently producing quality beers – which is our top goal! To win the gold overall is a fantastic achievement. I am just speechless!”

Nik Antona, CAMRA’s National Chairman says: “Congratulations to Surrey Hills Brewery for winning the Champion Beer of Britain award for its Shere Drop, which is the highest beer accolade in the country. The judges were particularly impressed with the malty flavour and long finish. A very worthy winner.”

Silver place was won by Grey Trees Brewery’s Afghan IPA, a previous winner of the Strong Bitters category, taking first place in 2017. Grey Trees is based in Aberdare in South Wales.