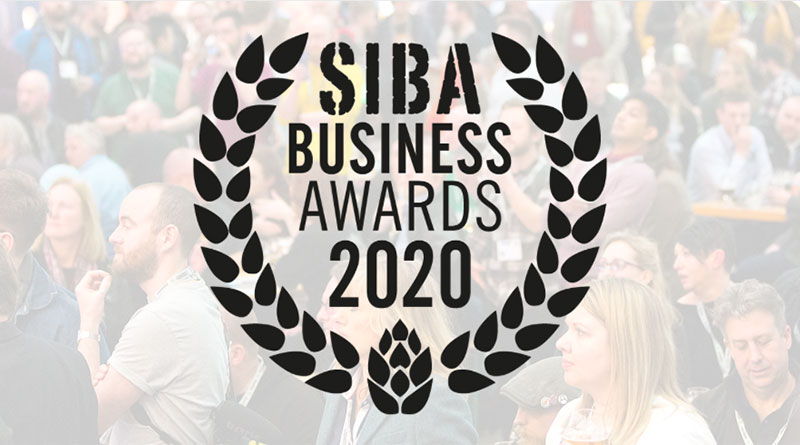 The Finalists in the prestigious SIBA Business Awards 2020 have today been revealed, naming the best and brightest brewing businesses, retailers, bars, restaurants and bottle shops across the UK.

A new hugely popular Brewery Taproom category was added this year, joining other awards seeking to congratulate excellence in the beer and brewing industry across a variety of categories – from pump clip, can and bottle design, to efforts taken by brewers to make their business more eco-friendly, innovative or successful, as well as naming the UK’s best bars, restaurants and retailers of craft beer from independent breweries.

The winners are set to be announced at the SIBA Business Awards 2020 which take place on the first evening (11th March) of the Society of Independent Brewers (SIBA) flagship event ‘BeerX UK’ in Liverpool, March 2020. The awards will this year be hosted by Jonny Garrett and Brad Evans of ‘The Craft Beer Channel’ – Jonny was on this year’s judging panel and had this to say on the Finalists,

”I was blown away by some of the entries into this year’s business awards and it was really tough to whittle down. The innovation, variation and commitment so clear in most of the entries was inspiring, and Brad and I can’t wait to celebrate with the winners, as well as everyone who made the shortlist. We’re lucky to have such amazing people and businesses in our industry.” Jonny Garrett, Co-Founder of The Craft Beer Channel.

Jonny and Brad will also be presenting the SIBA Independent Beer Awards 2020, which take place on the second evening (12th March) of BeerX UK and will name the National Winners of the SIBA Independent Beer Awards, across a wide range of beer styles in cask, keg, bottle and can. These awards are the culmination of 12 months of Regional beer competitions which feed in to the national finals from across the UK – making the awards a true representation of the very best of British independent craft beer. All of the winning beers will be available to try as part of the trade-only beer showcase at BeerX UK.

“SIBA are delighted to have Jonny and Brad from The Craft Beer Channel presenting both sets of awards at this year’s BeerX UK. I am sure they will bring a fresh energy to the Beer and Business Awards and make our 40th Anniversary a hugely enjoyable event for the beer industry.” Neil Walker, SIBA Head of Comms.

2020 marks 40 years of the Society of Independent Brewers representing and championing independent beer in the UK, and as such this year’s BeerX UK will have a number of celebratory events happening as well as a special ’40th Anniversary Bar’ serving a beer from each decade of the organisation’s existence – plus a brand new collaboration beer for 2020.

To find out more about the awards visit www.siba.co.uk/business-awards or about BeerX UK visit www.beerx.org