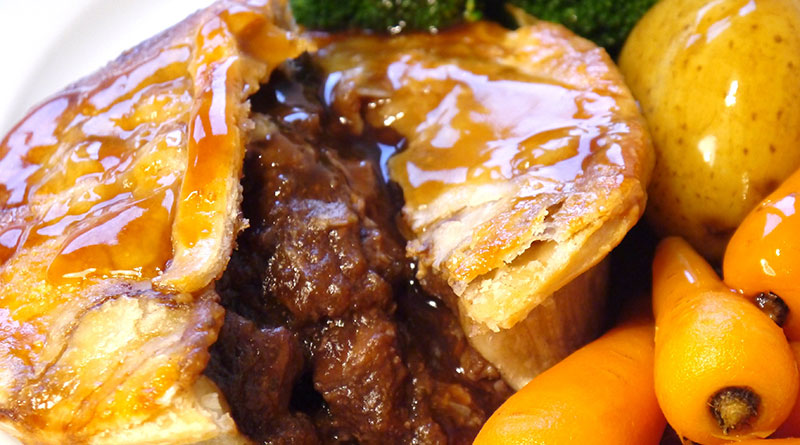 In case you haven’t noticed the 2nd to the 8th of March is officially earmarked as British Pie Week. We Brits have been celebrating it in the UK since 2007, when it was first kicked off by Jus-Rol.

It’s up there with Afternoon Tea Week as the most British of the food-related celebrations, from apple pie to steak and ale, chicken and leek to lemon meringue – there’s a pie for every occasion!

If you’ve never celebrated the noble British pie before, now’s the perfect time to get onboard.

We each eat around 36 pies a year on average in the UK, for a typical adult lifetime total of well over 2,000 pies pounded down apiece. Northern Ireland tops the charts, with about 10% of people eating at least 6 pies a month. That’s twice the overall national average, with London and the North East struggling to catch up at only 4 pies a month. Northern Ireland also hits the top of the list when it comes to making our own pies, with a typical family baking 2 pies a month at home.

As for the nation’s favourite pies, there’s a lot of movement in the charts. Research last year put the classic beef & ale in the number one slot, closely followed by apple, chicken & mushroom and steak & kidney. A lot can change in just 12 months, though, with more recent surveys naming the 2020 forerunners as cottage, fish and shepherd’s. Steak & Ale has dropped to the number 6 slot, while chicken & mushroom has been beaten down to 5th place by up-and-comer chicken & leek.

So, are you all “pied up and ready to go”? If you’re looking to try out British Pie Week, you can start through finding a classic British pie recipe and seeing how you can make a meal that everyone will love, such as a mini pork pie, a venison pie, or a mince pie.

Try out different recipes throughout the week and see what recipes you like the best. If you’re in Britain, head on over to a British Pie Week event near you and see which baker can make the best pie.