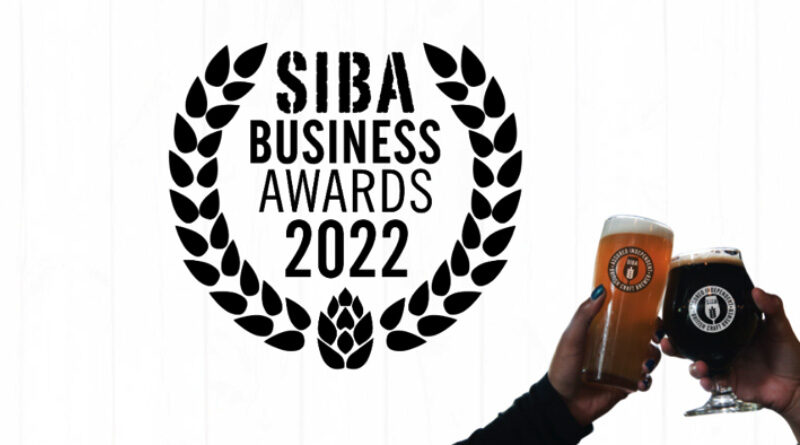 The Finalists in the SIBA Business Awards 2022 have been revealed, highlighting the very best breweries, taprooms, retailers, pubs and beer industry businesses from across the UK.

The SIBA Business Awards seek to congratulate excellence in the brewing industry across a variety of categories, from pump clip, can and bottle design, to efforts taken by brewers to make their business more sustainable, innovative or successful, as well as naming the UK’s best pubs, bars and retailers of craft beer from independent breweries.

The 2022 Awards also include three new categories introduced in response to shifting consumer buying habits over the last year: “UK’s Best Independent Craft Beer Retailer – Online”, “UK’s Best Independent Craft Brewery Webshop” and “Community Engagement”, the latter award aimed at breweries which have cemented themselves as assets of their local communities over the last year.

“Massive congratulations to all of this year’s finalists – not only did we see a huge sixty percent increase in entries compared to last year but the quality of entries was genuinely astounding, with some truly inspiring businesses in the running. To have made it this far and been named a finalist in the 2022 awards is a huge achievement, and I wish you all the best of luck when we announce the overall winners at BeerX UK in Liverpool next month.” Neil Walker, Chair of Judges.

The SIBA Business Awards 2022 will be presented on Wednesday 16th March at BeerX UK in Liverpool by acclaimed beer author, journalist, broadcaster and consultant Pete Brown. Named British Guild of Beer Writers’ “Beer Writer of the Year” in 2009, 2012, 2016 and 2021, Pete has won three Fortnum & Mason Food and Drink Awards, been shortlisted twice for the Andre Simon Awards, and in 2020 was named an “Industry Legend” at the Imbibe Hospitality Awards.

SIBA Brewery Business of the Year