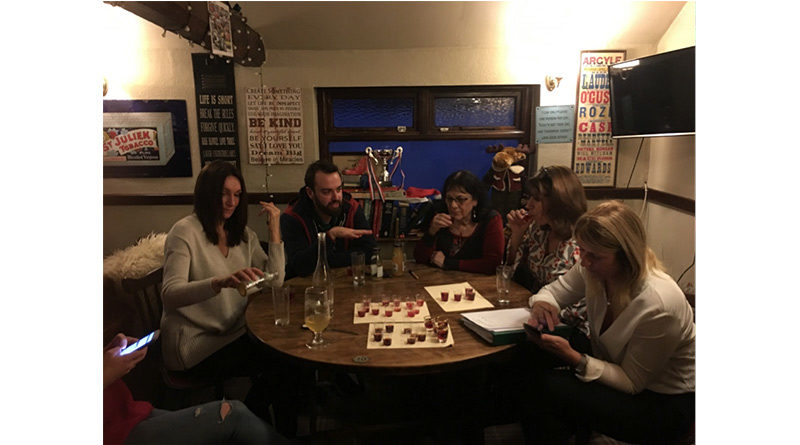 The date of the 11th Sloe Gin World Championship’, usually held near Christmas at the George Inn village pub in Frant on the Kent/Sussex border near Tunbridge Wells, has been announced.

It will take place on Saturday 1st February, about six weeks later than usual.

Pub landlord Greg Elliott explained there are several reasons for pushing it back into the New Year:  “It was difficult squeezing the popular event in among Christmas party bookings – and losing entrants blamed the short maturation time for their lack of success, so we’re combining the Championships with a celebration to the end of Dry January.

“This will be the first time the Championships have been held on a Saturday – at the request of many competitors who travel long distances to compete, who want to spend a weekend in the area.

“We have entrants who drive from Germany to take part and postal entries are received from as far afield as Vancouver,” said Greg

Untreated, sepsis which is often mistaken for flu or other conditions, can kill within hours.  Learn about the tell-tale danger signs at https://sepsistrust.org

The organisers decided to adopt UK Sepsis Trust after learning about a local family who live at Eridge Green near Crowborough in East Sussex, who lost their student son, Tim Mason aged 21 to the disease in 2018,  Tim an electrical engineering student aged 21, died after being discharged from Tunbridge Wells Hospital, having been misdiagnosed by doctors.

Tim’s parents now campaign to prevent a repeat of their tragedy and push for the potentially life-saving Meningitis ACWY vaccination, for young people by NHS England.

Tim’s grieving mother Fiona said: “My aim is for every 18-25-year-old in the country to have the vaccination and to see changes in A&E and the sepsis protocol – let’s get it sorted before more children die.”

The annual event began more than 10 years ago when pub locals began arguing over the perfect sloe gin recipe and brought their own concoctions to compare.   It has since grown exponentially.

The organisers hope to encourage other publicans to host their own competitions for charity as regional; heats, then send winning sample through to the World Championship finals.

“Ideally, we like a pub chain and a gin distiller to sponsor the Championships, to raise more money for good causes, whilst enjoying a tipple,” said publican Greg Elliott.

The winner of the commercial entry has been won for the past two years by London-based Mother’s Ruin.  Edinburgh’s Demi John is a three times winner.

Commercial entries cost £25 and amateur ones £5.  Full details at http://moondown.co.uk/sloe_gin_championships.html