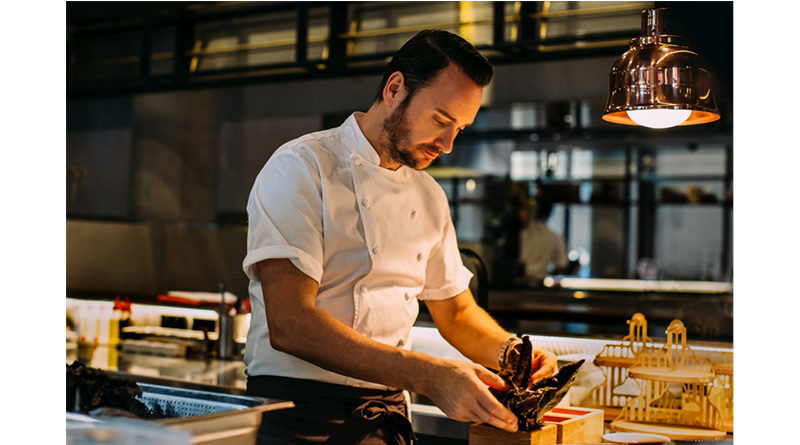 One of the world’s leading chefs is coming to Scotland next month to cook a very special dinner.

Jason Atherton owns Michelin-starred Pollen Street Social in London and 17 other restaurants in cities including New York, Doha and Shanghai.

But on Friday, January 24th he will be in Edinburgh for one night only at Ondine restaurant.

Chef owner of Ondine Roy Brett said it would be a night to remember.

“I’ve known Jason for years and despite all his success, he is as approachable and down to earth as he has always been and that is a special quality,” said Roy.

“We wanted to do something together that would be different and from that conversation came this event. It will be our take on the Burns celebration with some traditional elements and some surprises as well.”

The menu for the night starts with a special fish, chip and caviar canapé and includes Jason’s version of haggis, neeps and tatties and a special fish course featuring turbot, cauliflower, cockles and parsley.

“Edinburgh has an amazing reputation for great food and amazing restaurants and what better time to cook in Edinburgh than on Burns Night. I’m really looking forward to working with Roy and the team at Ondine to deliver something truly special,” said Jason.

Throughout 2019, Roy welcomed a range of big names to cook alongside him as part of an ongoing guest chef programme at Ondine. Jason Atherton joins a distinguished line up including Rick Stein, Tom Brown, Neil Rankin, Shaun Searley and James Knappett.