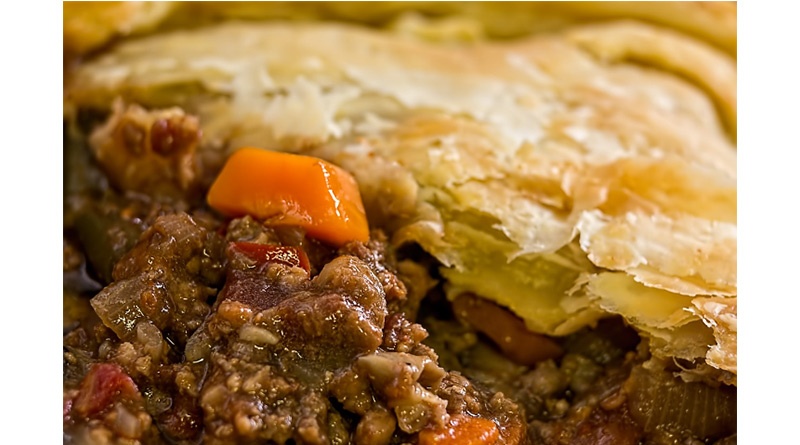 With British Pie Week well under way Pukka Pies research on 2,000 British adults has revealed what makes a pie!

According to the Pukka Pies research four in ten people (42%) said pies were a Great British institution, so it was important for 71% of the public to declare, that sticking pastry on top of meat or veg does not make a pie.

Over half (60%) of adults believe minced meat dishes topped with mash potato, such as Shepard’s or cottage pie should not be labelled a pie.

Steak and ale pie was voted as the most popular filling with 42% of the vote. Pork pies were the runner up (41%) with plain steak as a close third (37%).

Rachel Cranston, head of marketing at Pukka who commissioned the poll, said: “We have been making and baking pies for over 55 years and always strive to give the Great British public what they want.

“This is why we’ve launched our poll, to find out what makes the people of Britain tick, as well as put an end to the ‘what defines a pie’ debate in time for British Pie Week.”

The research was conducted through an online polling firm Ginger Research, which also found gravy was the number one sauce to pour over pastry, with 56% of the vote.

Top ten favourite pies according to Brits include: