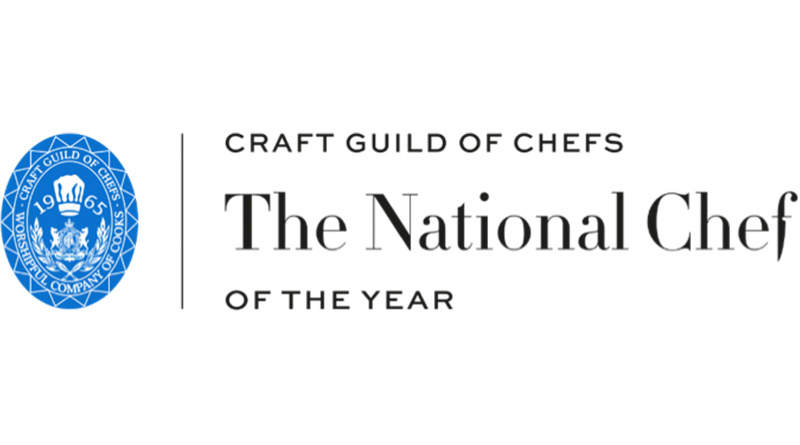 Despite the challenging situation the world has found itself in, the Craft Guild of Chefs has confirmed that its National Chef of the Year competition will still go ahead this year as it reveals who has made it through to the next stage. Changes were made to the online entry process so that chefs had the opportunity to design menus, cook dishes and take photography during lockdown.

As the semi-final stage won’t be able to take place in the usual way, 40 chefs have been selected to go through to the second stage. Chair of judges, Paul Ainsworth has tasked the competitors with creating a dish that sums them up in just a few bites. They will then create a short video showcasing that dish and answer four supplementary questions. Judges will then whittle the chefs down to a final ten, who will cook up their original menu in the final.

From this list, ten finalists will be selected to compete in a cook-off at Le Cordon Bleu on Monday 7th September. This will be filmed and played out as part of the new Hospitality Week with the winner being revealed live on Wednesday, 30th September, 2020.

Reflecting back on the last few months, Vice President of the Craft Guild of Chefs and organiser, David Mulcahy said: “Back in March, we had to make the difficult decision of whether to continue with the competition this year or postpone it. We spoke with our chair of judges, sponsors and other organisers and listened to the views of chefs who were contacting us via social media and email. There was a real appetite for the competition to continue as it gave chefs hope and positivity during such a challenging time. The level of entry we have received this year is incredible and whoever wins in these circumstances is going to be a truly special person. This year’s winner will have turned adversity into positivity and when asked what they did during the coronavirus crisis will be able to say they won the National Chef of the Year title. Thank you to all our sponsors and everyone who entered as you have helped ensure this culinary competition continues to lead the way in the UK and maintain its 48-year history.”

Chair of judges and Michelin starred restaurateur, Paul Ainsworth added: “This is my first year judging the first stage of NCOTY and many chefs were on the money in hitting the brief they were set. Seeing the huge variety of ways the entrants put their own interpretation on this task was inspiring and there are going to be some amazing dishes served up to us in September. I am already looking forward to watching the videos in the next round and seeing how chefs sum themselves up in just a few tasty bites. Be yourself, cook from the heart and be proud of what you have achieved to get to this stage.”