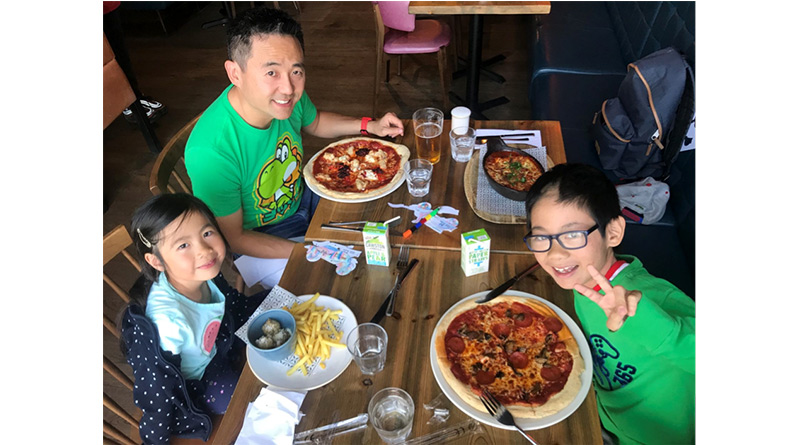 The Soil Association has released its out to lunch league table revealing the winners and losers in some of the country’s leading chain restaurants regarding menus, healthy options sustainability and value.

The undercover investigation followed the publication of the National Food Strategy, which warned of an escalating child obesity crisis in the UK, noting that ‘eating out of home is no longer a treat’, with one in four (27%) adults and one in five (20%) children dining out at least once a week.

The investigation uncovered evidence that many chains are still failing to serve-up good food for children including:

Soil Association Policy Officer for Healthy and Sustainable Diets Laura Chan said: “Thanks to the Out to Lunch campaign there is more veg on children’s menus than ever before. But renegade chains are continuing to hammer children’s health with free refills of fizzy drinks and excessively sugary puddings. Parents told us that fresh food and healthy choices are their number one priority. Why are leading chains continuing to serve ultra-processed, ultra-sugary and deep-fried rubbish when we know this isn’t what families want?”

Pizza Hut came bottom of the league table and was the worst offender for sugary meals.

This year’s winner was JD Wetherspoon which topped the table with four out of a possible five stars scored highly for their family friendly atmosphere. At £4.65 for a meal, drink and piece of fruit, this relatively affordable menu had a good choice of meals that would suit lots of kid’s tastes and all come with a portion of fruit and veg. Wahaca took second place gaining points for their sourcing policy including 100% free range meat. They were also commended for encouraging children of eight and over to be adventurous eaters and choose smaller dishes from the adult men. The top five placed restaurants’ kid’s menus have a good selection of meat-free options and parents scored them highly for their variety and family friendly atmosphere.

British meat on the menu?

There is regrettably the survey reveals, a long way to go until these iconic restaurant brands are serving higher welfare, nature-friendly British meat:

The ‘veg and meat-free revolution’

On a positive note, since its last report two years ago the Out to Lunch campaign has driven big improvements in children’s menus, with leading chains responding to recommendations amid the Covid-19 crisis by making their menus healthier and more sustainable. In 2019 13 of the 27 restaurants made a pledge to increase the amount of veg on their menu, providing two portions with every meal. This year’s analysis shows that an estimated 1.6 million extra portions of veg now being served to children every month because of the campaign.

With increased consumer demand for more sustainable options this year many chains have added vegan and flexitarian options in response to the climate and nature crises:

Notably 16 chains also have policies in place to reduce antibiotic use on farm animals in their supply chains and 14 chains are also offering organic ingredients including JD Wetherspoon and Harvester.

Laura continued: “In the lead up to COP26 this year, ten of the biggest restaurant chains in the UK have committed to ensuring all soya used as animal feed in the supply chain is certified sustainable by 2023. This is hugely impressive and could help to protect the Amazon. We’ve also seen more meat-free and vegan options being introduced. While this is welcome, it’s a shame that leading British chains aren’t supporting British farmers by buying meat produced on these shores. Do parents really want their children eating chicken shipped in from Thailand?”

Not surprisingly, the Covid-19 pandemic had a significant impact on all of the restaurants. It led to closures, staffing difficulties and significant and continuing supply chain disruption. Despite this, Out to Lunch secret diners were impress

Amanda Mynott, secret diner parent: “Taking part in Out to Lunch was an enjoyable experience. I told my children that we were special spies that had to secretly find out lots of information. They had fun helping me discover the answers to our questions. The lack of knowledge of the waiting staff didn’t surprise me but it did frustrate me as it’s something that simple training could solve. The work done through Out to Lunch is invaluable for improving menus and all-round dining experiences for children and their families. It was a pleasure to be able to help with the research.”

JD Wetherspoon spokesman, Eddie Gershon said: “We are delighted to be at the top of the Out to Lunch league table, having also achieved the first place in 2019. The company is passionate about serving tasty, nutritious meals to children dining in our pubs. We use the best possible ingredients to ensure that the meals are of the highest standard, which is good news for the children and the adults with them at the pub.”

Wahaca co-founder, Thomasina Miers: “We are totally thrilled with this result.  We have spent the last 18 months really focusing on our sourcing and the nature of all our food across the menus and are delighted that the work on our children’s’ menus has been recognised.  We have particularly wanted to increase the amount of vegetables on these menus in an attractive and child-friendly way so that bringing kids into Wahaca is both fun for them and reassuring for parents.”