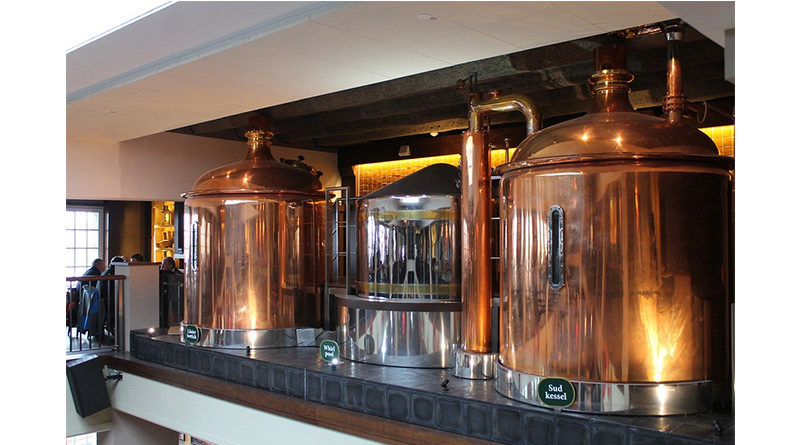 The Society of Independent Brewers (SIBA) has today responded to the news that Chancellor Sajid Javid’s first budget will take place on the 11th March, a day when around a thousand representatives from the beer and brewing industry will be together waiting to hear the ruling on the future of Small Breweries’ Relief.

James Calder, SIBA Chief Executive says: “The timing could not be more apt for the first Budget under the new Government, as thousands of brewers and industry representatives from the British independent craft brewing industry will be together in Liverpool for BeerX UK – waiting to hear what will happen not only on Small Breweries’ Relief, but also on Beer Duty and Business Rates.

Small Breweries Relief has been a huge success and has helped the British brewing industry grow to be one of the most exciting and vibrant in the World. In their reform of the system SIBA are calling on the Government to commit to smoothing the ‘cliff edge’ above 5,000 Hectolitres (HL), which is around 880,000 pints of beer and will incentivise brewers to grow. Importantly though this reform must come without withdrawing any relief for any brewer below 5,000HL, where SBR is absolutely vital and where any reduction could lead to widespread small brewery closures.”

SIBA believes that SBR can be positively reformed to encourage job creation, investment and growth. To achieve this change for the long term, SIBA is calling on the Treasury to smooth the ‘cliff edge’ above 5,000 Hectolitres (HL), which is the equivalent of 880,000 pints of beer, to incentivise brewers to grow without withdrawing any relief for any brewer below 5,000HL.

It is vital that the Conservative Party’s proposed review of alcohol duty – which they have said is to “ensure that our tax system is supporting British drink producers” – does not negatively impact the nation’s small independent brewers, one of the UK’s most important manufacturing industries.

The review must not lead to placing equivalence on every category of alcohol on the table, nor undo the benefits that small breweries’ relief has brought to our British beer industry.

The Conservatives have promised a fundamental revive of the system, but SIBA would like to see the Government go further and commit to helping small brewers on their business rates bills.

This means that per pint of beer the business rates paid by small independent brewers is significantly greater than that of their global competitors, who have economies of scale independent’s do not.

SIBA, alongside the rest of the beer, brewing and pub industry, are calling for a freeze in beer duty for the duration of the next Parliament and that cider duty is brought into line with beer duty, removing the situation whereby the largest cider producers pay less tax than the smallest brewers.