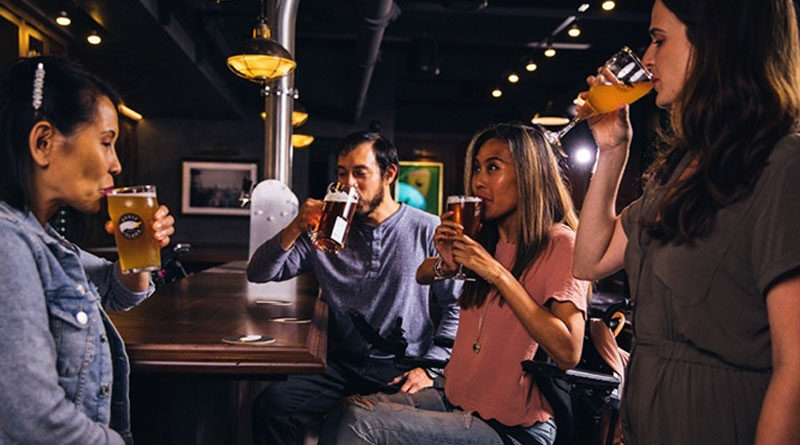 Drinks sales in Britain’s On Premise have fluctuated widely over the last two weeks, with the heatwave bringing mixed fortunes for pubs, bars and restaurants.

CGA by NielsenIQ’s latest Drinks Recovery Tracker shows average sales by value in managed venues in the seven days to Saturday (16 July) were 0.4% ahead of the same week in 2019—a reasonable improvement after drops of between 1% and 7% in the last three weeks.

However, sales dipped back by 6% in the following week (to Saturday 23 July). While high temperatures usually boost drinks sales by attracting people to beer gardens and other outdoor areas, the record-breaking temperatures proved too much for some consumers, prompting them to avoid travel and hot venues and drink at home instead. Some venues were closed because of the extreme heat.

As temperatures steadily rose, drinks sales were in 2022-on-21019 growth by 6% and 4% on Sunday 10 and Monday 11 July. They hovered just below pre-COVID-19 levels for most of the rest of the week, before moving 9% ahead on Monday 18 July. But as the heatwave reached a peak, sales dipped by between 10% and 14% every day from Tuesday to Friday (19 to 22 July). Positive trading on Saturday (23 July) ended the week on a high, thanks in part to the popularity of a major Ultimate Fighting Championship event screened in pubs.

Cider sales are usually strong in warm weather, but this category also had a mixed fortnight, with trading up 18% on 2019 in the week to 16 July, but down by 7% in the following seven days to 23 July. Spirits (up 6% then down 1%) and beer (up 2% then down 5%) followed a similar pattern, while soft drinks were down in both weeks, by 3% and 9%. The wine category suffered by far the most, as sales tumbled 21% and 17% across the two weeks.

“It’s not often that we see sunny weather have a detrimental effect on drinks sales, but the recent heatwave was just too much for some consumers and operators”, says Jonathan Jones, CGA’s managing director, UK and Ireland. “As always there will have been winners and losers, but overall it’s been a tough summer so far for the On Premise. With more pressures to come from rising costs and rail strikes, operators and suppliers will be hoping for more sunshine but bearable temperatures, and plenty of staycations to give sales a desperately needed boost in August.”