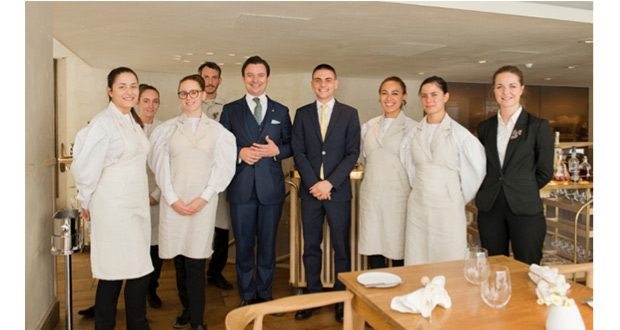 The finalists for the relaunched Young Chef Young Waiter competition have been announced ahead of the live final in London on 28 and 29 October 2019. The 32 finalists are comprised of 16 young chefs and 16 young waiters who were chosen by a stellar judging panel. The Young Chef Young Waiter competition is celebrating 40 years in the UK this year and judging panel includes Theo Randall, Jason Atherton, Tom Kerridge, Emily Roux, Claude Bosi, Ruth Hansom, Brian Turner and Tom Aikens

The finalists all submitted a video entry and questionnaire, which was assessed anonymously by the panel of judges. The competition aims to promote the hospitality industry as a potential career choice for young people.

Atherton from the Social Company, said: “I am so pleased to be involved in this year’s Young Chef Young Waiter and to help promote the hospitality industry to young people. It’s fast-paced and hectic but a rewarding exciting industry to be a part of and this competition is a great way for young people to start out.”

Founder of the Nth Degree Club, Robert Walton MBE wanted to update this national competition (which was last held in 2012). Entry was open to those who were 26-years-old or younger on 29 October 2019.

Roux added: “Without the passion and determination of young chefs and young waiters there would be no future for our industry. There’s nothing quite like working in hospitality and to succeed you have to have a certain level of grit and ambition.

“The competition gives young talent the opportunity to stand out amongst the others and prove what an exciting and special industry ours is to work in.”