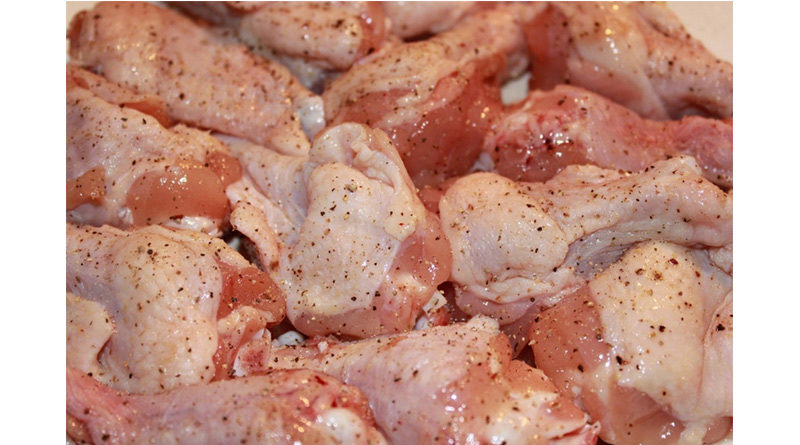 Chlorine-washed chicken and hormone-treated beef continue to be banned from UK under any trade deal with the US, the environment secretary has said.

Theresa Villiers told the BBC the current European Union ban on the two foods will be carried over into UK legislation after Brexit.

Until now the UK has been wavering on the issue.

But she told BBC Countryfile: “There are legal barriers to the imports and those are going to stay in place.”

Ms Villiers has previously talked of imposing tariffs on any future imports of US chicken and beef. But she’s been under great pressure from Britain’s farmers.

A 2018 survey by Agriculture and Horticulture Development Board (AHDB) and YouGov revealed that more than half of people polled stated they would buy less chicken and beef if these products hit UK supermarket shelves. Just 28% of respondents said there would be no change at all to the amount of chicken they bought, with the figure at 29% for beef.

Some 83% of those surveyed said they would pay more attention to labelling, while 81% would be concerned about quality and look more closely at the product, the research found. Meanwhile, more than three quarters of shoppers would also look more closely at production methods.

Last year Unite urged the government not to sell out the estimated 450,000 workers directly employed by the UK food industry in any free trade deal with US president Donald Trump. Unite national officer for food, drink and agricultural Bev Clarkson said: “Unite is demanding answers from the Government and we want a clear statement from Defra secretary Theresa Villiers that she will not sell out our food workers in any deal with Trump. “We also have concerns that some Trump backers in the US have their eyes on the UK meat processing industry.

“There is a good reason why the EU banned chlorinated chicken in the late 1990s – it feared it could mask poor hygiene standards. “We believe that public health standards could be compromised if such chicken and also hormone-enhanced US beef were allowed to be sold in the UK. “Because of the threat of tariff-free access for 90% of imports, this could drive down prices in the supermarkets, which, in turn, could lead to food processing plants in the UK shedding thousands of jobs.”