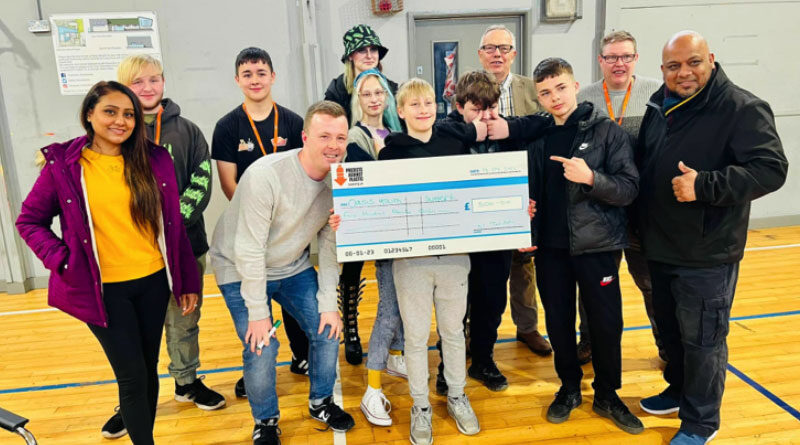 Curry houses have raised thousands of pounds for good causes – thanks to a national event celebrating the forefathers who introduced millions of Britons to a taste of the subcontinent.

British Curry Day was launched to mark those who came to Britain from the 1960s – opening restaurants and takeaways – and to show support for the industry today.

Businesses taking part donated £1 to good causes for every Tikka Masala sold on the day.

Community champion Naseem Talukdar, from Bristol, whose own parents ran a restaurant, said: “It’s great so many people were keen to get involved.

“It was an opportunity to both commemorate past generations and support our community.”
Charities and community contributions

Bristol alone raised £2,500 for AskingBristol, which connects charities with individuals, organisations and businesses that can support them.

It then gave £500 each to the five following organisations: Barton Hill Amateur Boxing Club; ConfiDANCE, which provides free dance sessions to children and young people in Shirehampton and Avonmouth; Street Space, a youth and community work organisation is based in Knowle; St Aldhelm’s Juniors Youth U12 Girls football team and Oasis Community Hub North Bristol.

The hub works across the communities of Lawrence Weston, Shirehampton and Avonmouth in North West Bristol to reconnect people to each other and to the services they need.

Amy Boucher from ConfiDANCE said: “The dancers are very excited to buy some new costumes and props to help enhance their dance shows.

“A huge thank you to Naseem and all involved through the British Curry Club in their fundraising efforts.”

Kamal Miah, who runs Maya, in Sheepy Road, and is third generation in the industry, said: “This was an opportunity to support charity and celebrate our forefathers, who introduced millions of Britons to a taste of the subcontinent.”

Tam Webster, peer support lead VCP, said: “We are very grateful to all the team at Maya and their customers for supporting our charity.

“British Curry Day, which marks the nation’s favourite dish and has coincided with Bangladeshi independence, is a great event.”

Mr Tracey said: “Kamal and his team are fantastic supporters of our local community and get involved in lots of charitable work.

“I was delighted to be asked to work with them on this particular initiative, where it was great to be able to support local veterans through the excellent Veterans Contact Point – a charity very close to my heart”