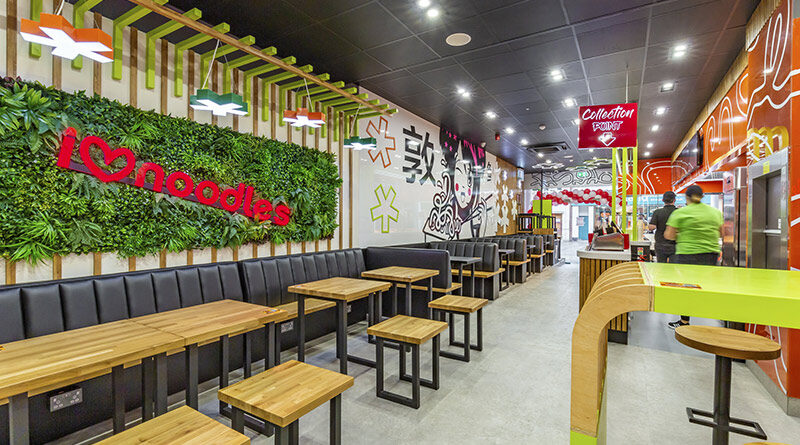 Chopstix, the UK’s largest Asian QSR brand, has completed yet another successful launch this week, with the opening of a site in Canterbury.

The new restaurant, located on St George’s Street in the city centre, opened on Monday to queues of customers as locals waited in line to sample the Pan-Asian delights on offer. The site is Chopstix’s 82nd site, and demonstrates the brand’s versatility as an appealing partner for landlords. The new site has created 20 jobs in the local community, including 5 management positions, with opportunity for development.

Chopstix has also launched a Wok Academy, in partnership with an award-winning London cookery school, which will help chefs earn an accredited qualification. Wok Academy will help polish and fine-tune chefs’ cooking skills, reinforce technical wok skills, and bring an element of theatre to the cooking experience in restaurants.

Darren Traynor, Operations Director for Chopstix, said,
“We’re on a real roll with new openings and it’s great to be building such momentum around the brand. As well as investing in expansion, we’ve also invested heavily in our training and development offering, because we know how difficult it can be to recruit and retain people in our sector. It’s great to be able to create these new jobs in Canterbury and have the opportunity to cultivate some great talent, and we might even have hired our next Operations Director!”

The Canterbury site will include striking design elements the brand has become renowned for such as its iconic ‘living wall’, natural wood finishes and its winking anime character that features across all Chopstix locations.

Established in Camden Market in 2002 by entrepreneurs Sam Elia and Menashe Sadik, Chopstix celebrates its 20th anniversary this year. The Chopstix group, comprises over 80 locations across the UK and Ireland through a mix of company owned and operated locations and franchise sites run through partnerships with the likes of Welcome Break and Applegreen.

In addition, the business also has relationships with delivery partners Deliveroo, Just Eat and Uber Eats, as well as several brand extensions including a grocery sauce range, plus further innovations in the pipeline.