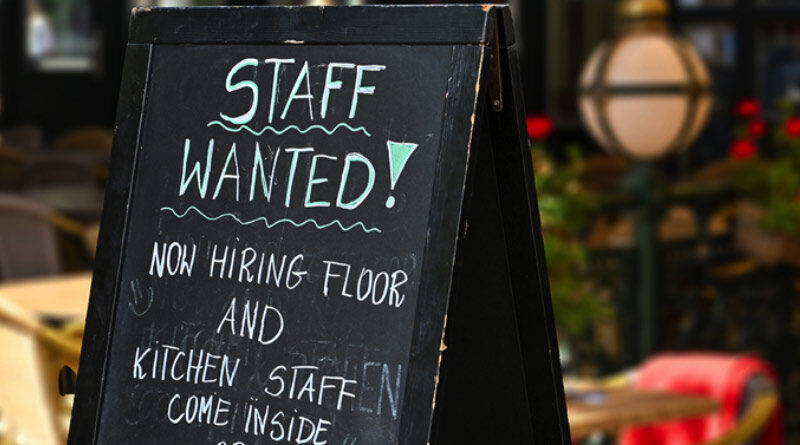 A wave of early retirement following the pandemic is the ‘biggest cause of labour shortages’ across the UK, according to the House of Lords Economic Affairs Committee.

The committee said the labour outlook for the UK was ‘bleak’ and it was critical for the government to consider how inactivity across the labour market can be addressed to help support the economy.

A report by the influential committee has examined the jump in economic inactivity, the number of people not in work or looking for work, and rising vacancies since 2020. Earlier retirement is the biggest of four factors that have made it harder to fill jobs. Increasing sickness; changes in the structure of migration; and an ageing UK population, whose impact was previously concealed by other trends, have also contributed.

The rise in inactivity poses serious challenges to the UK economy, as it:
• exacerbates the current inflationary challenge
• damages growth in the near term, and
• reduces the revenues available to finance public services while demand for those services will grow.
Lord Bridges of Headley, Chair of the House of Lords Economic Affairs Committee, said:

“Why have so many workers left the workforce, after years of declining inactivity? Earlier retirement seems to be the biggest reason. Those who are already economically inactive are becoming sicker, meaning they’re less likely to return to work. So, while other factors were previously masking the impact of an ageing population on the size of the workforce, they are now reinforcing it.

“Taken together these findings are, like mid-winter, bleak. The rise in economic inactivity makes it harder to control inflation; damages growth, and puts pressure on already stretched public finances. That’s why it’s critical the Government does more to understand the causes of increased inactivity, and whether this trend is likely to persist.”

Although the population is getting sicker, most of the rise in sickness-related inactivity is among people who were already inactive. Instead, the decision to retire early among 50-64 year-olds has been the key driver in the change in trend since 2020. It is critical to understand better what drove this wave of retirement. Possible hypotheses should be explored.First, the impact of lifestyle changes during the Covid-19 pandemic, including the furlough scheme, could have prompted some people to consider earlier retirement.Second, increased savings during the pandemic and the UK’s pensions flexibilities, could also have enabled earlier retirement.

The majority of those over 50 who have left the workforce since the pandemic neither want nor expect to return to work. Furthermore, most appear reasonably well-off. Although this group may yet feel the full impact of the cost of living crisis, it would be unwise to proceed on the basis that a significant proportion of those who have exited the labour force since 2020 will come back, or be persuaded back.

Changes to the structure of migration have had an impact on vacancies, which recently hit record high levels. In recent years many EU workers, who filled lower paid roles (especially in sectors like agriculture and hospitality), have left the UK. In numerical terms, their departure has been counterbalanced by the arrival of non-EU workers, who were granted visas under the new immigration system which prioritises skilled workers. This has contributed to a mismatch within the labour force, accentuating vacancies and labour shortages in certain sectors.

Since the pandemic, ageing has continued to drive down labour supply. The key difference is that the ageing effect is now being reinforced, rather than offset, by other factors. The impact of an ageing population as a contributor to the workforce squeeze is a factor which has not received the attention it deserves.

The findings of the report underscore the urgency and importance of the Department of Work and Pensions review into workforce participation, which was announced by the Chancellor of the Exchequer in the 2022 Autumn Statement.