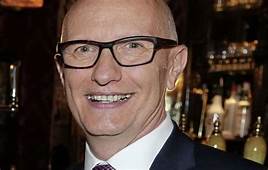 Hospitality Ulster has said that despite their repeated calls since Christmas for the Executive Office to engage with the industry, the late clarification of regulations for outdoor hospitality has caused chaos and left many businesses unable to open and out of pocket unnecessarily. With only 10% to 15% of hospitality businesses having access to outdoor space, the current regulations will mean even fewer premises will be able to reopen on Friday.

The organisation has said that this is a critical moment for hundreds of business owners across Northern Ireland and that the regulations need to be adapted as they are not conducive to the proper reopening that the sector was promised.

Hospitality Ulster says that its members are being forced to accept a set of rules that have not been consulted upon with the industry and, once again, expectations of what the Executive Office want to see – and what the sector need to do to get their doors open, are mismatched. The organisation says that what we are now seeing is that the misguided and draconian regulations are being interpreted in such a way that many who thought they might have been able to open, are being told they can’t after significant investments being made.

Colin Neill, Chief Executive, Hospitality Ulster said:  “As we get closer to the first wave of reopening outdoor, our members are getting in contact in their droves, worried that they won’t be able to get back to business as the regulations and their interpretation are far too stringent.”

“In reality, the idea of outdoor being opened again is meaningless if only a relatively small number of venues can actually make it work. Many will have prepared for reopening by buying thousands of pounds worth of stock to replenish their empty bars, only to be told that their set up does not meet the regulations, despite being open to the same standard in previous failed reopening phases.”

“This is not the time to be playing with the livelihoods of business owners and we are demanding that the Executive intervenes and remedies this. A level of common sense needs to be brought to this problem as the sector has worked so hard and taken every precaution to get the outdoor element open this weekend. We need the Executive to engage with us and be pragmatic about this real and present issue that we are facing in the next couple of days.”