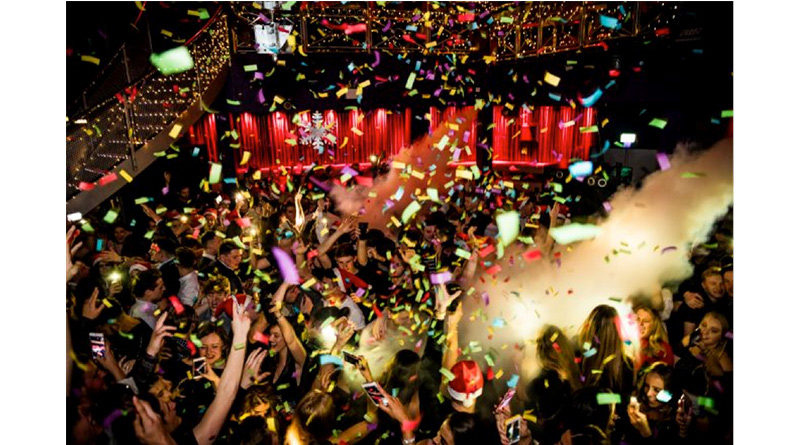 Almost half of Brits will spend more on a night out this festive period.

As well as spending more, consumers are also going out more often, in line with last quarter – the research shows that we go out on average 1.51 times per week, compared to 1.42 times last quarter and 1.19 times last year. The Deltic Night Index is a quarterly report published by late night leisure leader The Deltic Group. It looks at the changing consumer habits in the UK’s evening and late-night leisure sector. This quarter’s report also explores consumer behaviour during the festive season.

Peter Marks, Chief Executive of Deltic, commented, “We know that consumers celebrate occasions by going on a night out, and what bigger occasions are there than Christmas and New Year? We’re seeing this trend reflected in this quarter’s figures – more than 50% of Brits believe that a big night out is a good way to celebrate the end of the year, and as the figures show, we certainly will be celebrating! More than 40% of us will enjoy more frequent nights out to catch up with friends and almost half of us will spend more while we’re out.

“Here at Deltic, the festive period is one of our busiest times, and we are looking forward to delivering fantastic, safe, entertaining nights out for our customers through Christmas, New Year’s Eve and beyond.”

This quarter’s report explores how people’s nights out change during the festive period:

The report also reveals why people go out more often during this period: