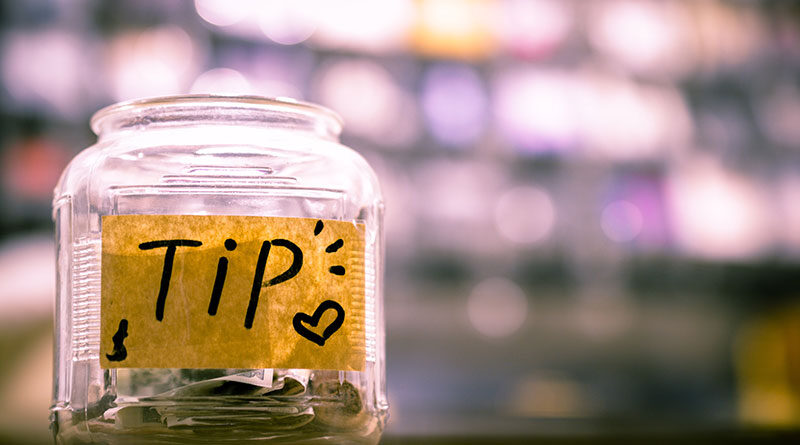 67% of UK’s hospitality staff say they have questioned tips on their payslip because they believed the amount was inaccurate, and 92% of staff believe there needs to be more transparency surrounding tips and how they are shared, according to new research from KAM media commissioned by TiPJAR.

The survey of more than 700 Brits shows a concerning lack of trust in contactless tipping in the hospitality industry with the majority of staff (84%) worrying they are not getting their fair share of credit/debit card tips and service charges. In addition, their concerns are likely exacerbated through experiencing malpractice with findings revealing two thirds (66%) of staff say they have knowingly had tips held back or had deductions taken from their tips, with almost three quarters (74%) of them claiming that they were never told the reasons for this.

Lack of transparency is clearly an issue. With many workers relying on tipping to top up their income the government has unveiled plans to overhaul tipping practices. Also, with HMRC having recently changed their guidance it suggests they will start cracking down on businesses that don’t give 100% of tips to staff.

Tipping fairness plays a significant role in influencing job retention, with 88% of staff saying that the fairness of the tip process influences where they work and how long they stay in a role. The industry is already facing huge labour shortages so staff retention should be top of mind.

Ben Thomas CEO of TiPJAR says:
“We need to recognise 21st-century tipping has transformed dramatically over the years and thus have staff’s concerns. Back when I was a bartender a physical tip jar would be poured out on a table each night, manually counted and distributed amongst staff in front of us.”

“In today’s cashless society, although more convenient, tips fall into a ‘black hole’ where staff simply have to trust that it has been fairly calculated by the time it appears on their pay slips at the end of the month. Both staff and customers really have no transparency or understanding of how tips are handled.”

“Our research has shown strong sentiments that a fairer, more transparent tipping process will not only alleviate feelings of mistrust but improve satisfaction and retention for staff”

Staff aren’t the only ones confused about cashless tips. In fact, 2 in 3 consumers don’t understand where tips go despite a large majority (87%) expressing concerns for where their card tips or service charges end up. Providing this transparency could increase tips as 43% of consumers say that knowing their tip goes directly to the staff would prompt them to leave one. Providing fairer tips could also improve footfall for businesses with 1 in 2 customers being more likely to visit a venue if they knew ‘non-cash’ tips were being shared fairly.