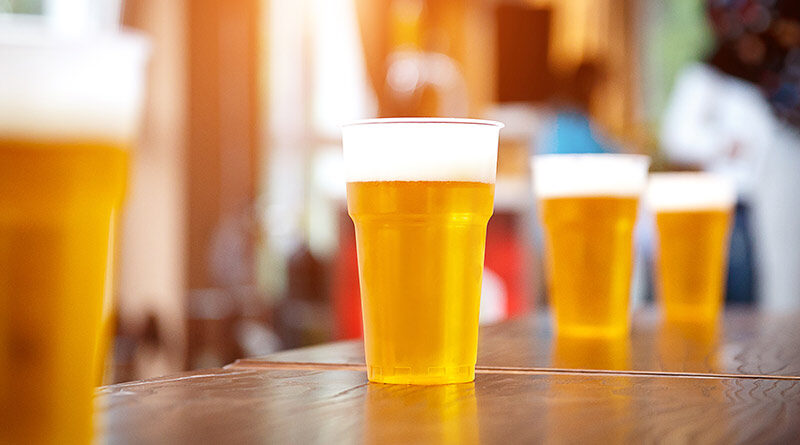 With awareness of the devastating impact of plastic pollution increasing, CAMRA has launched a campaign to see Licensing Authorities stop mandating the use of plastic or polycarbonate as a licensing condition for pubs, social clubs and other on-trade venues.

CAMRA has previously supported calls made by NGO A Plastic Planet for plastic pints to be included in government bans on single-use plastic. Their research showed that 75% of consumers say that plastic ruins the taste of beer, with 89% going further and saying that they’d like to see plastic pints banned for good.

Despite overwhelming consumer agreement, the on-trade doesn’t currently have much of a say in its use of plastic, with Licensing Authorities across the UK sometimes mandating the use of plastic or polycarbonate as a condition of a venue’s premises licence – something CAMRA would like to see changed.

In venues where pints might be dropped or broken, CAMRA is calling for licensees to be allowed to adopt some of the alternatives to plastic pints, made using everything from paper to aluminum to compostable corn starch.

Through over 200 branches across the UK, members of the campaigning group are writing to their local Licensing Authorities asking for a simple change in wording to the licensing conditions applied to venues where using glass wouldn’t be in the interests of public safety. Rather than specifying plastic, licensing could include a wider range of materials or simply give the criteria a material should meet – for example, requiring that beer is served using shatterproof containers.

As it stands, almost 70% of plastic pint cups will end up in landfill or as litter. Plastic cups are the 6th most littered item in UK rivers and 8th most commonly found item on our beaches and so, with innovative alternatives being developed all the time, CAMRA is asking why pubs and social clubs – the undisputed homes of the proper pint – are still being shackled to single-use plastic.

CAMRA Campaigns Director, Nick Boley said:
“CAMRA’s members voted to add environmental campaigning to the areas we lobby on at our 2021 Conference and we want to support the innovators who are creating solutions for a plastic-free pint but can’t currently market their products to the on-trade.

“Longer-term, CAMRA will be calling for plastic pints to be included in the bans on single use plastic being rolled out by governments across the UK, to ensure that our nation isn’t clogged with littered plastic pints and that we can always enjoy real ale, cider and perry without the taste of plastic.

“It is ridiculous for one area of government to be mandating the use of plastic while other areas of government look at banning it, and we want to see a more joined-up approach to this issue.”

Sian Sutherland, co-founder of A Plastic Planet says:
“It is an outdated and irrational position of Licensing Authorities to mandate the use of damaging single-use plastic when the sustainable alternatives are readily available.

“The British public is eager to see change. Venues are being shackled by the narrow specifications handed down from above. The pubs and bars of the UK should be able to drive forward their shared agenda of making sustainable alternatives to plastic the norm.”

CAMRA is set to unveil its “Drink Greener” campaign in the latest edition of its Good Beer Guide, which is set to be published on 27 October 2022.