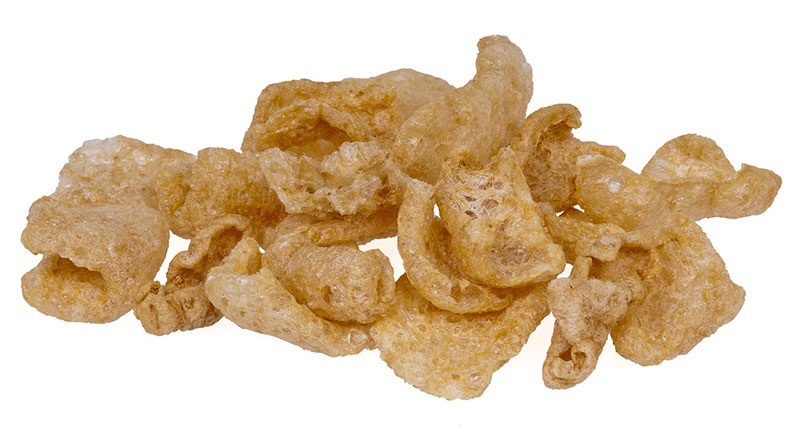 Pork scratchings are the UK’s favourite pub snack according to a recent poll, with peanuts (salted and dry roasted) second and third followed by salt and vinegar crisps.

Pub snacks have long been a traditional favourite, often bought on impulse, and are considered the perfect partner with a drink, with pork scratchings, traditionally made from pork rind, delivering a distinctive combination of hard crunch and a rich soft texture, and seen as the perfect “meat and drink” combination for pub goers with 83% of pork snacks consumed with a drink.

The past 12 months have provided unprecedented challenges for the pub sector, now as pubs prepare to open their outdoor spaces on April 12, with indoor spaces open from May 17, 2,000 pubgoers were asked to choose their favourite snacks, with no limit on their selections., And 37% named pork scratchings among their favourites while 34 per cent named peanuts.

The survey, which separated crisps by flavour, surprisingly revealed that only 4 per cent of pubgoers named cheese and onion among their top pub snacks, with salt and vinegar coming third while ready salted came fourth. Bacon fries made the top 20, as did Bombay mix, Scotch eggs and pickled eggs.

Olives, salami sticks and wasabi peas were also among the preferred snacks.

According to food historians, butchers started selling pork scratchings in the 1930s, calling it crackling, however it is believed they first went to market almost 100 years ago in the West Midlands is working class snack arising from the addition of families keeping their own pig at home to be fed to the slaughter.

David Arnold, director of Perspectus Global, which carried out the survey, said he was ‘delighted’ to see pork scratchings at the top of the list. He added that 73 per cent of those surveyed cited their local pub as their number one ‘happy place’.

“We know that snack sales increase by up to 80% when they are made more visible. If customers can see your range they are more likely to buy so, stocking the right range and ensuring they are highly visible as crucial capturing those profitable incremental impulse sales”, we have developed some fantastic POS including bar runners, beer mats and display solutions specifically to support on trade sales”

“We’re thrilled that it’s ‘official’ – when it comes to the ULTIMATE PUB SNACK, there’s no matching a scratching!”

Rob Parkin of SCT-SCT commented, “All good landlords know how to please the customers and will have a good selection of ready snacks for every drink and every occasion. And simple ready to eat snacks work well!

“Bar snacks are quick, convenient and increase profits, keeping the customers content and encourage more drink sales. We are now seeing something of a renaissance for traditional snacks in the on trade sector with pork scratchings in particular which are back in fashion!”