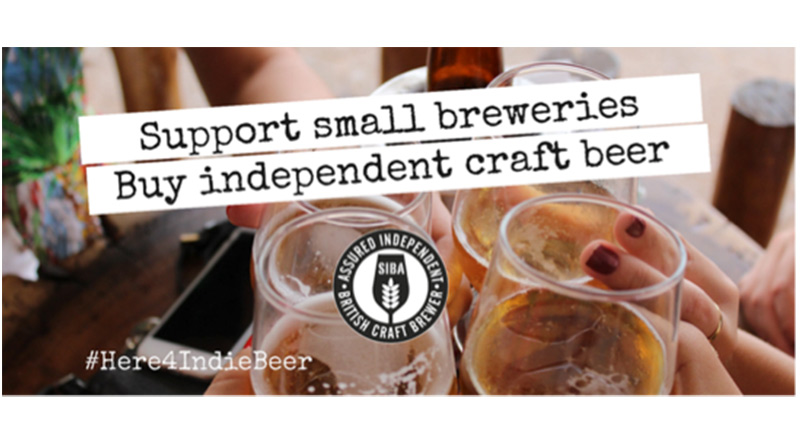 It’s the first consumer-focussed advertising campaign undertaken by the trade association, and comes as online beer sales and local delivery services from breweries and pubs continue to increase in popularity.

James Calder, SIBA Chief Executive says the campaign will drive customers towards the Brew2You beer buying app and website, which was launched in partnership with CAMRA earlier this month,

“We are putting our money where our mouth is and encouraging thousands of beer lovers across the UK to engage with the Brew2You app and ultimately to support small breweries at this difficult time by buying independent craft beer. As well as a full advertising campaign we will be encouraging breweries themselves to get involved on social media too.”

Breweries, publicans and representatives from across the beer and brewing industry are being encouraged to use the hashtag #Here4IndieBeer and will even be able to tag their Instagram and Facebook stories with digital stickers, including SIBA’s Independent Craft Brewer seal, simply by searching ‘SIBA’ or ‘Here4IndieBeer’.

“We’re making a a range of social media content and graphics available to independent breweries to help spread the word about the importance of independence, but we also want consumers to be able to tag their posts which feature independent craft beer, which is why we developed the social stickers and a Facebook profile photo frame which they can use.”

The campaign launched last week and will run for an initial period of three months in an effort to further boost beer sales for independent breweries who have been left high and dry by lockdown. Earlier research from SIBA showed that despite impressive growth in online beer sales (on average 55% across independent breweries) beer sales are still down a massive 82% overall.