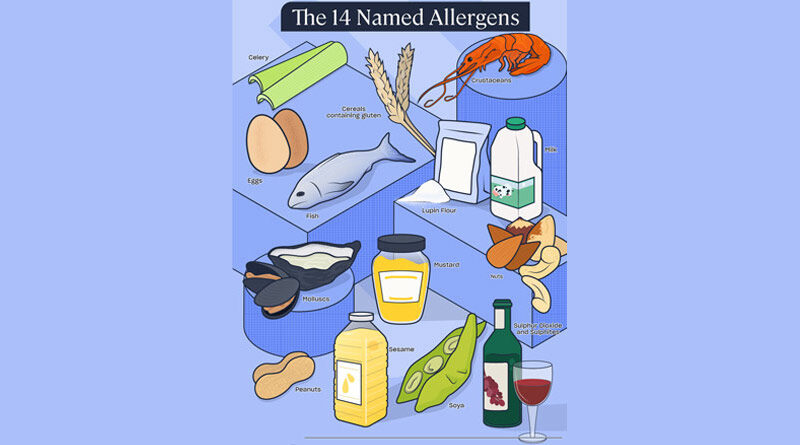 A year on from the introduction of Natasha’s Law, which requires food businesses to include full ingredients labelling on prepacked for direct sale foods, new research from online training provider High Speed Training has found that only 47% of people trust that the manufacturer or premises serving the food has correctly identified all of the allergens in the product.

Natasha’s Law, which came into force on the 1st October 2021, was proposed after the tragic death of Natasha Ednan-Laperouse, a 15-year-old who died in 2016 after suffering an allergic reaction to sesame seeds that were baked into the dough of a baguette.

The sandwich did not have any allergen advice on its wrapper as it was prepared on the premises. At the time, this was not required by law.

Natasha’s Law requires food businesses to include full ingredient labelling on prepacked for direct sale foods – products packed on the same premises from which they are being sold.
Common foods that can fall into this category include sandwiches, salads and pies sold from the premises in which they are made.

A year on from the Law coming into effect, High Speed Training has conducted a survey exploring the impact the changes in legislation have made.

The survey of over 1000 UK adults found that less than half (47%) of respondents trust that the manufacturer or premises serving the food has correctly identified all of the allergens in the product, highlighting the need for food businesses to do more to reassure their customers.

The survey also found that only 37% of respondents felt that they are more aware of food-based allergens now than they were a year ago, demonstrating that overall knowledge of allergens is still relatively low.

When asked if they could name any of the 14 allergens that food businesses must declare under UK law, a huge 53% said they wouldn’t be able to name any, with a further 20% only being able to name between one and three.

Tash Blythe, Food and Drink Learning Designer at High Speed Training, said:
“Since Natasha’s Law was introduced, we have seen high numbers of businesses and individuals taking our Allergens Awareness course, as premises worked to ensure that they were compliant with the new regulations.

“However, these results clearly show that there is still work to be done to educate both businesses and the general public on the importance of allergens and their clear labelling, and to help build the trust of customers and consumers.

“In the UK, an estimated two million people are living with a diagnosed food allergy, so it is vital that everyone is aware of the potential dangers of mislabelled products. We would urge all businesses and consumers to increase their knowledge of allergens and understand how to safely label and identify their presence in products.”