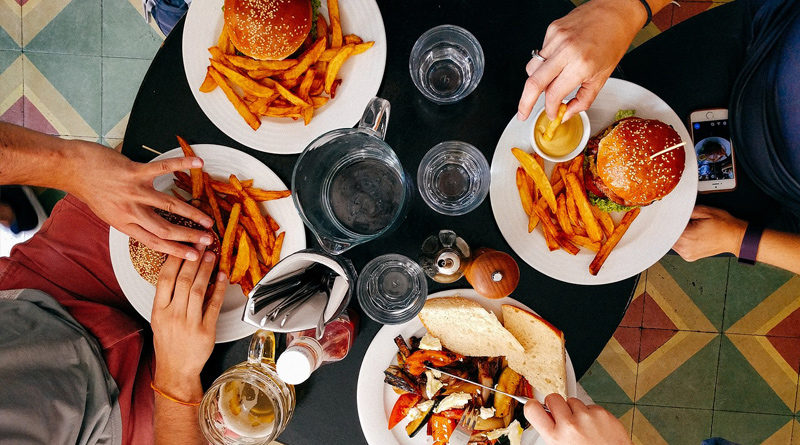 1. MORE RESTAURANT CHURN BUT CONFIDENCE EDGING UP: The CGA/AlixPartners Market Growth Monitor shows there have been 2,423 restaurant closures in the last 12 months, and 1,789 new openings. Closures in the sector have come primarily from independent operators, as well as under-performing businesses. While more closures can be expected in casual dining, some of those sites will be swiftly reopened by new and emerging operators with exciting new concepts.
Coffer Peach Business Tracker has shown that like-for-like sales increases are back into positive territory and the latest CGA/Fourth Business Confidence Survey gives further cause for cautious optimism, with 64% of bosses optimistic about prospects for their business over the next 12 months—up by six percentage points on the last survey three months ago.

2. DRINKING LESS, BUT SPENDING MORE: CGA BrandTrack 2019 shows that overall frequency of drinking alcohol (both in home or out) has remained stable over the past few years – with 63% of GB adults drinking alcohol at least weekly, which was the same as it was in 2016. However, younger consumers are drinking less frequently – with 57% of millennials drinking alcohol at least weekly, and 48% of GenZ saying they drink alcohol at least weekly.
But it’s clear that they are spending more when they do drink, with total wet on-trade sales up 2.3% by value (CGA OPMS to 5.10.19). Premium categories of drink continue to out-perform their standard counterparts, evidenced in the gin category by the fact the average gin drinker has 5.4 premium brands in their repertoire, but only 2.2 standard brands.
Managed pub sector sales of still wines priced at £35 a bottle and above have significantly increased their market share in the last few years—and more than half (52%) of wine consumers say they are willing to upgrade their choices when drinking out of home, according to the Global Origins’ Wine Insight report (CGA/The Buyer).

3. SUSTAINABILITY COMES TO THE FORE: Consumers have started to raise their expectations on how outlets address carbon footprint issues, with 50% of consumers expecting outlets to reduce their carbon footprint through menu engineering and commodity usage (CGA’s BrandTrack). Nearly 20% say they would be put off visiting if operators haven’t addressed this issue and 23% would pay more for it. Of business leaders, 76% rate the ethical engagement of suppliers as an important consideration. We will continue to see big moves made by supplier clients to deliver a more sustainable product to outlets and consumers as we move into the new decade.

4. NEW TECH COCKTAILS: Some 10.3 million consumers are enjoying cocktails when they go out, making this one of Britain’s fastest growing drinks categories within spirits. The popularity of cocktails, and the fact they are more widely available, has helped boost sales through Britain’s pubs, bars and restaurants by 10% over the past 12 months taking the market value to £604m (CGA’s Mixed Drinks Report 2019).
The number of licensed premises selling cocktails has risen 7% in the past year, with some 42,000 on-trade outlets now stocking them. Drink-led pubs have been particularly fast to respond to demand, with a growing number opting to sell pre-prepared or draught cocktails – and data shows that 68% of consumers who have seen draught cocktails have purchased them and 81% who have tried pre-batched cocktails said they were likely to repurchase. Growth in ready mixed and draught cocktails will enable more operators to enter this market.

5. RUM – A SCALABLE OPPORTUNITY: The CGA/Drink Up London’s recent Influencers report identified rum as one of the top opportunities for growth. Stocking 11 rum brands on average, one in 10 of London’s most influential bars plan to expand their rum range even further over the next year; a trend reflected across the wider market, with the average outlet stocking 5% more brands than they did last year.
Much like gin, rum’s versatility in serve and mixability provides scalable opportunity. Gin was able to drive sales through the gin & tonic and similarly almost half 79% of rum drinkers typically drinking the category with a mixer, mostly cola, and a further 38% drinking it as a cocktail. This is reflected in the mainstream cocktail market with rum being used in almost half of all cocktail serves and with the mojito, daquiri and piña colada all in the top 10 cocktails in Britain (CGA’s BrandTrack 2019 and Mixed Drinks Report 2019).
We can expect to see more new products entering the market. Growth in flavoured and spiced rums opens the doors for experimentation, whether through cocktails, new or limited-edition products or innovative serves.

6. VEGAN AND NEW CUISINES ON THE RISE: At the start of 2019, CGA’s Business Leaders’ Survey singled out veganism as a key food trend for this year, and it is likely to roll on into 2020. CGA’s Food Insights report shows that 29% of consumers think it is important or very important that the meals they choose do not contain much meat, as they are trying to reduce meat consumption—but while restaurant and pub brands are adding more vegan dishes to their menus, many of these people are still frustrated by the lack of options when they go out to eat. Food Insights also spotlights the big new cuisines to follow in 2020, with Burmese, Peruvian, Filipino, Pacific Rim and Scandinavian food the five fastest emerging types.

7. EXPERIENCES AND INSTAGRAMABILITY: We are already seeing the opening of more experience-led venues—for example those based around competitive socialising such as shuffleboard, golf or darts. Other innovative venues are running themed evenings, games, immersive storytelling and virtual reality activities and we are likely to see more of this to come —as well as operators making the most of the fact that 84% consumers on a night out now upload photos to social media. As a result, the making and serving of drinks is becoming ever more theatrical as customers look for enviable footage for social media.

8. ONGOING GROWTH FOR GIN: Much of the flourishing and ongoing interest in gin is being driven by pink and flavoured varieties. Sales in this category increased more than eight-fold to £392m in the 12 months to mid-May, and around 5.1 million consumers now say they drink pink gin—a number that has more than doubled from 2.2 million in a year. (CGA Pink Gin Report 2019).
Director of client services for drinks Jonny Jones says: “There is no end in sight to the remarkable revival of gin sales. From value brands to artisan distilleries the category is booming, to the point where consumers now drink gin out-of-home more often than vodka. They are becoming ever more adventurous and experimental in their purchases, which makes it vital for suppliers and operators alike to obtain the sharpest insights into the latest trends and market preferences.”

9. MODERATION: Having identified a number of drinks categories we are likely to see growth in over the next year, we must also balance that with another clear trend in the market, that of consumers moderating their drinking, prompting rising sales of no/low alcohol drinks.
CGA’s Understanding Moderation in the On-Trade, shows that one in three (32%) adults has now tried a no or low alcohol beer, wine or spirit in the last six months. That equates to some 15.5 million consumers, with another 8.9 million saying they find the category appealing. The no/low alcohol category has increased by 48% in the last 12 months to more than £60m a year. Growth for completely alcohol-free options has been even higher at nearly 80%, and alcohol-free ‘mocktails’ or ‘virgin cocktails’ have been a particularly thriving segment. A flood of new no/low alcohol beers, wines, spirits and cocktails have arrived on the market lately but there’s still significant headroom for growth.

10. VOLATILITY IN FOOD PRICES: The Foodservice Price Index (CGA/Prestige Purchasing) has revealed high levels of inflation in many key food and drink items throughout 2019. Overall, inflation has hovered between 5% and 10% since the start of 2019 thanks to weak sterling pushing up the price of imported food, extreme weather hampering key crops and a host of other supply factors. Further uncertainty will keep the exchange rate low, and a no-deal scenario could hit imports—which means prices are likely to remain volatile, at least until Brexit is resolved.