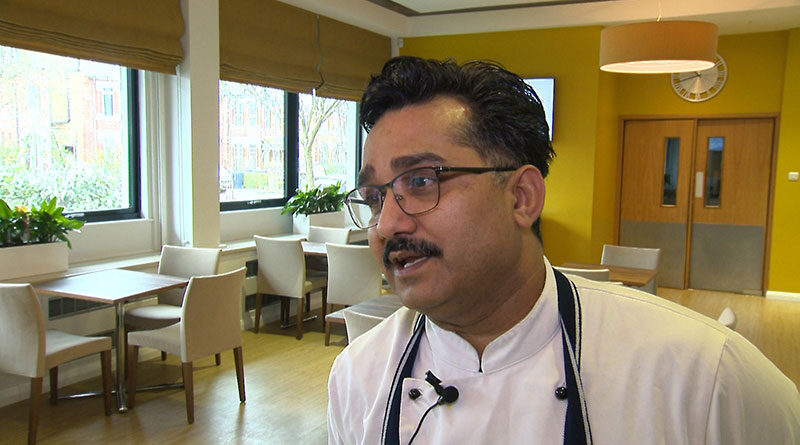 Chef Ashwani Kumar of the Mango Lounge in Windsor has scooped the top award at this year’s Asian & Oriental Chef Awards. Open to professional chefs across all Asian and Oriental cuisines, nominations were invited from members of the public, restaurant critics, food journalists and bloggers.

Contestants were required to prepare a starter and main course in an hour. Marks were awarded for originality and creativity, technical skill, use of fresh local produce of known provenance, presentation and flavour.

The live cook-off event was held at Pillars Kitchen at the University of West London on Monday 21st February. Winners will be presented at the House of Lords on Monday 2nd March, which will also be used to launch the 12th Asian Curry Awards sponsored by Just Eat, being held in London on 20th November. Spice loving members of the public can nominate their favourites at www.asiancurryawards.com.

Jie Chen Chef at Canton Kitchen in London’s Chinatown was named Oriental Chef of the Year.

Kamrul Hoque, Ahad Abdul and Dilder Miah, the Chefs at Kushi restaurants in Romford in East London, plus Grays and Canvey Island in Essex respectively, both received Highly Commended awards.

BBC news anchor Samantha Simmonds will present the Asian & Oriental Chef Awards, hosted by Lord Sheikh, at a special dinner in the Cholmondeley Room and Terrace at the Palace of Westminster from 18:30pm.

Organised by the Asian Catering Federation (ACF), which represents the UK’s 30,000 Asian and Oriental restaurants and takeaways.

Commenting on the competition, ACF Chairman Yawar Khan said: “Standards have risen exponentially since we launched our various awards to recognise the most innovative chefs, adding, “During the Covid 19 lockdown, restaurants had to survive on their takeaway and delivery offers, with even Michelin-starred restaurants turning to this avenue for the first time – with our sponsor Just Eat providing them with a vital route to market.”