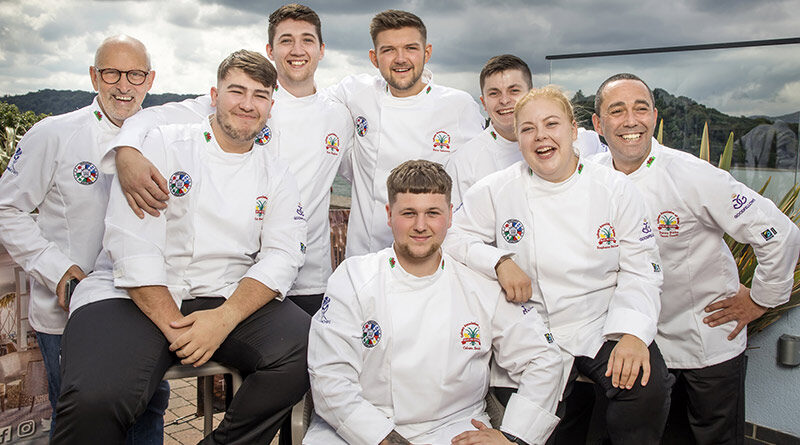 Gareth Bale and the Wales squad will not be the only Welsh team fulfilling a dream by competing in a World Cup.

Whilst the Wales football team opened with a draw against the USA at the FIFA World Cup Qatar 2022 on Monday night, a team of talented, young Welsh chefs is in Luxembourg preparing to cook up a storm at the Culinary World Cup which begins this weekend.

The Junior Culinary Team Wales, comprising young chefs from across the country, will be competing against 15 other teams from around the world at the high profile culinary event.

The competition comprises two different elements: a Restaurant of Nations hot kitchen when teams must prepare a three-course menu 70 people and a ‘Table of Fire’ which will see teams prepare four different kinds of cold and hot finger food, a cold, festive fish or seafood platter, hot main courses and dessert for 12 people.

Wales presents its ‘Table of Fire’ on Sunday, November 27 before heading into the hot kitchen the following Tuesday.

The team is captained by Calum Smith, pastry chef at Shrewsbury School, who is joined by Harry Paynter-Roberts, sous chef at Carden Park Hotel and Spa, near Chester, Sion Hughes, head chef the Spa at Carden Park Hotel, Stephanie Belcher, chef de partie at Coast, Saundersfoot, Harry Osborne, head chef at the Quay Hotel and Spa, Deganwy and Jay Rees, who is studying for a degree at Grŵp Llandrillo Menai Both Sion and Harry Osborne are former Junior Chef of Wales winners.

Squad members, who will be supporting the team in Luxembourg, are Amira Milner from Signatures Restaurant, Conwy, Heather Spencer, commis chef at Links Hotel, Llandudno and Pippa Taylor, who is completing a Culinary Arts Degree atGrŵp Llandrillo Menai campus in Rhos-on-Sea. 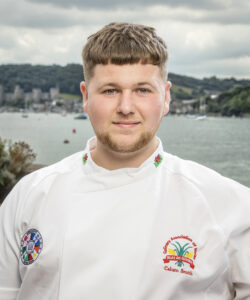 Calum said and the Junior Culinary Team Wales are looking forward to competing against the world’s best chefs.

“I am delighted to be captaining Wales in only my second major international competition,” he said. “It means a-lot to me and to my family.

“Since competing for Wales at the Culinary Olympics in Stuttgart in 2020, it has been an exciting 18 months’ practicing. It’s a young team, with a lot of different experience across the country, and we are hoping that we can deliver in both the Restaurant of Nations and the Table of Fire.

“The relationship the team has built with our coach Danny Burke and manager Mike Kirkham-Evans has been great. Their work behind the scenes has been phenomenal and we wouldn’t be where we are without them.”

Calum also praised president Arwyn Watkins, OBE, and others at the Culinary Association of Wales for their guidance and advice.

Mr Kirkham-Evans says the squad is a good blend of skills, knowledge and youth. “Their development over the last 12 months has been fantastic at every practice and they are raising the bar in terms of their work ethic and dishes produced,” he said.

“Our mission is to keep developing young Welsh chefs who will hopefully progress into the Senior Culinary Team Wales in the future.”

Graham Tinsley, MBE, the Culinary Association of Wales’ culinary director, said:
“The junior team has great potential because the chefs are very dedicated, have practised hard and have created some great dishes.

“They have gelled together really well under the leadership of Mike, who is a good organiser and Danny, who is a very good chef with a lot of competition experience.”