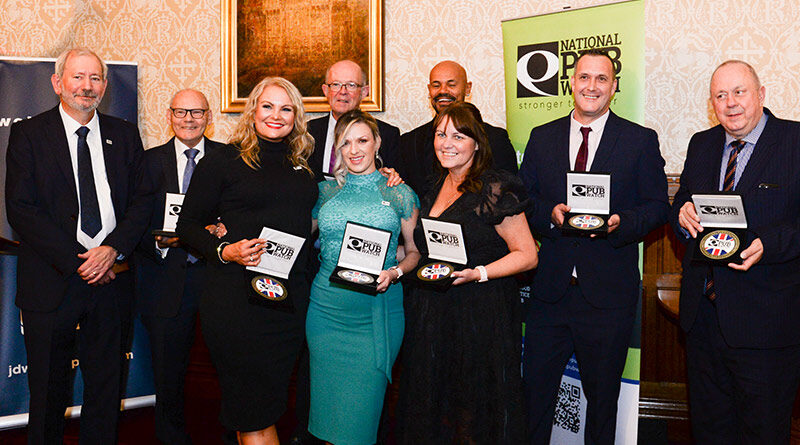 Reading Pubwatch has been given the top accolade as the National Pubwatch of the Year at a glittering event, sponsored by pub chain JD Wetherspoon, at the House of Lords last night.

The National Pubwatch Award, which is judged by members of the National Pubwatch Committee, recognises the work of local Pubwatch schemes and their efforts to provide safe drinking environments for customers and staff. Two Pubwatches Pontypridd and Epsom were awarded highly commended.

National Pubwatch is a voluntary organisation, which supports over 800 Pubwatch schemes across the UK, and works to promote safe, secure and social drinking environments in all licensed premises throughout the UK.

Reading Pubwatch was recognised for the range of new initiatives launched over the past twelve months including a new standard operating procedure for licensed premises, a drink spiking campaign, increased security searches and running anti-terrorist seminars. It also has a robust banning system that has had over one hundred offenders being banned for a period of three months through to five years.

Bill Donne, honorary secretary of Reading Pubwatch, said:
“We are honoured to have won the prestigious National Pubwatch of the Year award against stiff competition. We are grateful for the recognition by the judging panel of our commitment to partnership working that we have developed over many years. This culminated in hosting a Reading Pubwatch conference that attracted attendees from all the Evening and Night Time Economy stakeholders.”

He added: “Representatives from the council, Police, BIDs, street pastors, Fire and Rescue, First Stop, and the SIA are all regular attendees at our monthly pubwatch meetings to provide guidance and support to members which helps Reading Pubwatch to be successful.”

Reading Pubwatch was not the only one to receive an award on the night.

Award of Merits, which recognise the contribution of individuals to supporting pubwatches, were given to Paul Hegarty, who is stepping down as honorary secretary of the all-Party Parliamentary Beer Group, along with Paul Wotton, secretary of National Pubwatch, who has contributed to the success of the voluntary organisation over 25 years.

The Malcolm Eidmans award, which recognises the outstanding contribution made by a police officer or member of police staff in supporting pubwatch, was given to Hayley Crawford, who is district policing commander in Bassetlaw, and created the successful ‘Ask for Angela’ campaign, which reduces vulnerability in the pub and hospitality sector by providing a ‘code word’, which customers can use to seek help.

Two Bravery and Meritorious Conduct Awards, which recognises those whose actions have either saved life or minimised physical harm in the night-time economy, were also given out on the night.

Leicester Arms assistant pub manager Richard Wells and customer Julien Autogue were given the award after intervening to capture a man who was attacking pedestrians and pub-goers in and around Regent Street, London with a hammer. They apprehended the suspect, calling the police, and saving many more victims.

National Pubwatch chairman Steve Baker OBE said:
“Recognising best practice and people that have gone above and beyond is important for the pub and licensed trade.

“It has been a challenging year for the industry but ensuring safe drinking environments for customers and staff remains a priority. It is a privilege to be able to recognise best practice by rewarding Reading Pubwatch and also to highlight the contribution of those individuals who have made the sector a safer place.”

Wetherspoon’s Legal Director, Nigel Connor, said:
“We are delighted to sponsor the National Pubwatch Awards in the organisation’s 25th year.

“We would like to pay tribute to National Pubwatch’s founders Raul de Vaux and Malcolm Eidmans and Bill Stone. The organisation they established has been crucial to helping local Pubwatches play a key role not only in ensuring safe hospitality venues, but safer towns and cities too.

“We are proud of our association with Pubwatch and the fact that so many of our pubs are members, and in many cases, head up their local Pubwatch schemes.

“Congratulations to all the finalists and the award winners themselves.”