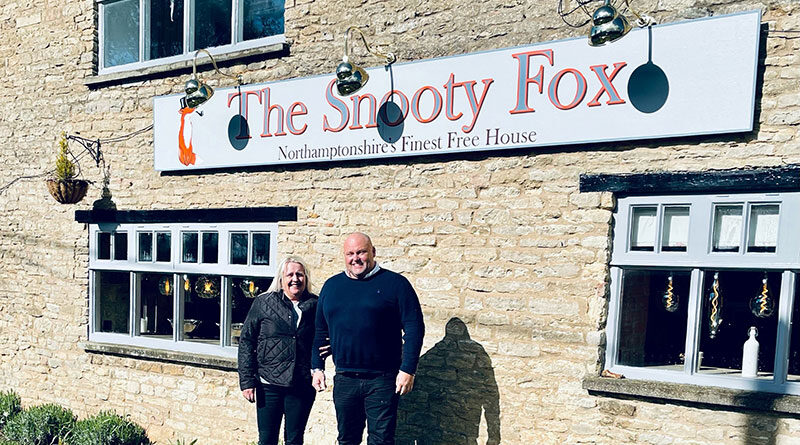 The Snooty Fox at Lowick, near Thrapston, is a private leasehold which has been opened by owners Richard Gordon and Sonya Harvey, following a £500,000 refurbishment.

The pub was due to open in April 2020 but was delayed due to the challenges of the pandemic. It features a 50-cover restaurant and 60 seat bar area, with the bar featuring a nine pump beer wall offering world beers.

Gordon and Harvey also run award-winning pub The Red Lion at Cranford, a Punch lease which opened five years ago, and private leasehold The Pig & Waffle in Grafton Underwood which opened last June. The company also operate two online retail businesses, the soon to be relaunched GG Express, which delivers quality food and drink to homes around Northamptonshire and The Cigar Shop, which sells premium cigars and accessories.

There are plans for further pub openings in Northamptonshire, including Northampton.

Gordon, who has worked in the hospitality industry for 36 years, including in food development for McManus Pub Company and as an area manager for Northamptonshire Inns, said: “We are delighted to finally open The Snooty Fox. It has been a big challenge because as the pub was due to open in April 2020, but hadn’t started trading, we didn’t qualify for any Covid-19 grants and the industry recruitment crisis has also had a huge impact on getting enough team members to open. So it feels a massive achievement to be trading at last.”

He adds: “Following the challenges of the pandemic many people are looking for an experience and to treat themselves when going out and The Snooty Fox aims to offer them that, with a premium menu celebrating the best of British produce, complimented with quality drinks offer including Belgian beers, Champagne by the glass, cocktails and a cigar menu.”

As well as the more formal restaurant, The Snooty Fox also has a large bar area with big tables for people to come together over a drink, with board games, darts and a Space Invaders machine on offer too.

The Snooty Fox has undergone an extensive refurbishment to create a traditional country pub interior combined with a modern, industrial feel. The pub features a handmade elm bar, hand-painted fox murals, opulent chandeliers, gold beer barrel urinals and a fabricator’s cabinet which featured on Channel 4 show ‘Mend it for Money’. 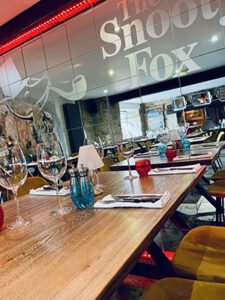 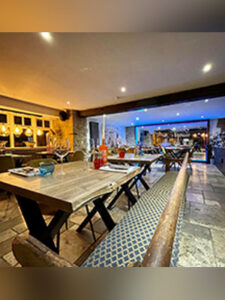 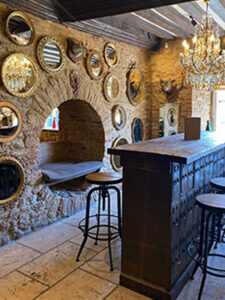