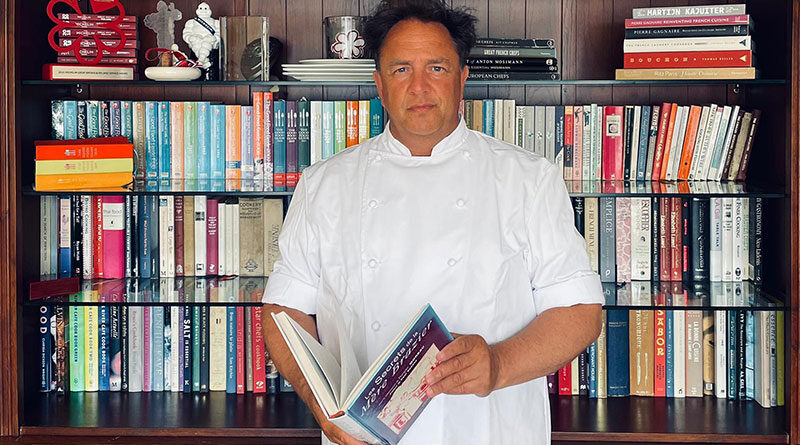 Michelin-starred chef and self-confessed ‘manic food fanatic’ Simon Bonwick is the latest appointment made by Barry Weller, co-owner and operator, in the strategic development of Noble Inns.

Simon has been at the forefront of pub and restaurant dining for several years, most recently at his own gastropub, The Crown in Burchetts Green, Berkshire, where he gained and maintained a Michelin star for seven years; won the Michelin Welcome and Service Award in 2020 and was listed in the NRA-Restaurant Awards UK Top 100. He and his family sold The Crown last year, announcing at the time that he was looking for new opportunities for himself.

Simon Bonwick says
“Barry and I go back twenty years and is both a good family friend and passionate operator who understands pubs. We will continue to keep the ‘Bonwick standard’ in the new menu and be running through honest and unfussy dishes that will feature classic combinations, which focus firmly on the main ingredient. Sitting in the Princess, I already feel comfortable, and my family is excited for this new chapter.”

Ruth Hansom, who says she is incredibly proud of the success that the Princess of Shoreditch has achieved, will be stepping away from Noble Inns for some time to undertake a series of stages at top restaurants in the UK:
“I want to use this valuable time to learn new things and open my eyes to fresh ways of working that will help to keep my style of food relevant today and tomorrow, and benefit me and everyone I work with.”

Barry Weller says:
“We fully support Ruth, and she is going with our blessing, and look forward to a new project with her in the coming months.”