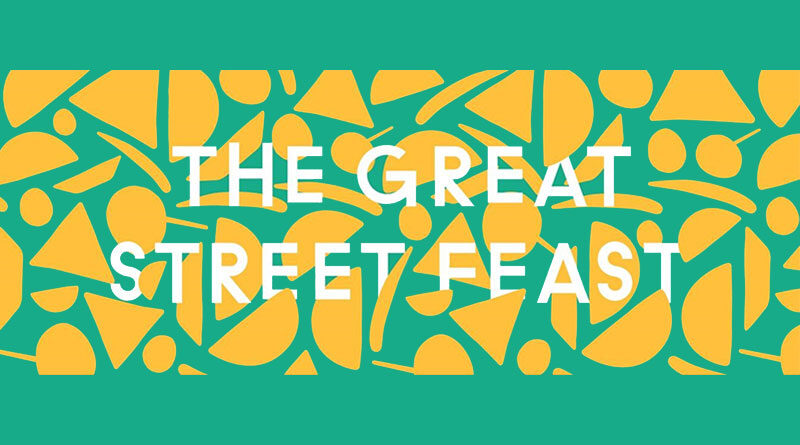 A gastronome-inspired event held at BAFTA with a live auction in aid of the charity, Freedom from Torture that will take place over Refugee Week.

UK-based charity, Freedom from Torture has announced that it’s event, The Great Street Feast will once again return to the prestigious BAFTA 195 Piccadilly on the 22nd June to coincide with Refugee Week (20–26 June).

For the first time in two years, the celebrity-hosted evening of gourmet street food and entertainment is back in person, and will celebrate the healing power of food and cooking at the newly refurbished BAFTA Piccadilly. Consisting of three elements:

• Evening of fine food & wines from around the world: The event will feature some of London’s finest chefs cooking a first-class menu of gourmet street food live at BAFTA.

Open to the public, tickets are priced at £70pp and includes all food, wine and entertainment.

• Celebrity in-conversation talk: Alongside the food, Juliet Stevenson and newscaster Natasha Kaplinsky will also appear as special guests, sharing their memories of food and stories from their careers on stage and screen.

• Auction: Lastly, there will be a gastronome-inspired live auction Hugh Edmeades of Christie’s that will offer a chance to bid on fantastic gifts including event tickets including West End musicals and plays, private dinner parties with participating chefs, a one week stay in a beautiful Paris apartment and many more.

Paul Merrett, TV personality and double Michelin-starred chef, commented:
“I’ve been helping to run the Great Street Feast for many years now and it’s been wonderful watching it grow. I’m particularly excited to be cooking alongside my friend Nafa at this year’s event, who has come so far since fleeing Sri Lanka and developed into a formidable chef. This event really captures what I love the most about cooking; people coming together to share food, tell stories and build communities.”

Juliet Stevenson, actor, commented:
“Nafa’s journey from trauma to cooking alongside Michelin starred chefs is an antidote to the hostility stoked by politicians and media towards refugees in recent years. Her healing journey is an inspiring reminder of what people can achieve when refugees are treated with compassion and allowed to heal and thrive in our society. I’ve worked with Freedom from Torture for many years and am always moved to see the way their work touches so many lives. I’m so happy to be a part of the Great Street Feast – and hope to see you there!”

Natasha Kaplinsky, newscaster and journalist said:
“I’m the first person to say that I’m NOT a cook myself, but mealtimes are really important in my family and can evoke strong memories, especially for my father. His anti-apartheid stance meant he was forced to flee his home in South Africa as a political refugee and certain foods can transport him back there. So hearing Nafa’s story about how learning to cook helped her rediscover her past and overcome her trauma was deeply moving and powerful.

This is exactly what the Great Street Feast is all about: celebrating healing, community and humanity through the medium of food. The care and support that Freedom from Torture provide to survivors life Nafa helps so many people rebuild their lives, and this event is a perfect way to celebrate their work.

Sonya Sceats, Chief Executive at Freedom from Torture, said:
“I’m delighted that the Great Street Feast is returning for another year, and am particularly excited that one of our former clients will be showcasing her culinary skills at the event. This event celebrating the flavours of food cultures from around the world is the perfect way to celebrate the huge contribution that refugees have and continue to make to our society.”

All proceeds from the Great Street Feast go to Freedom from Torture.