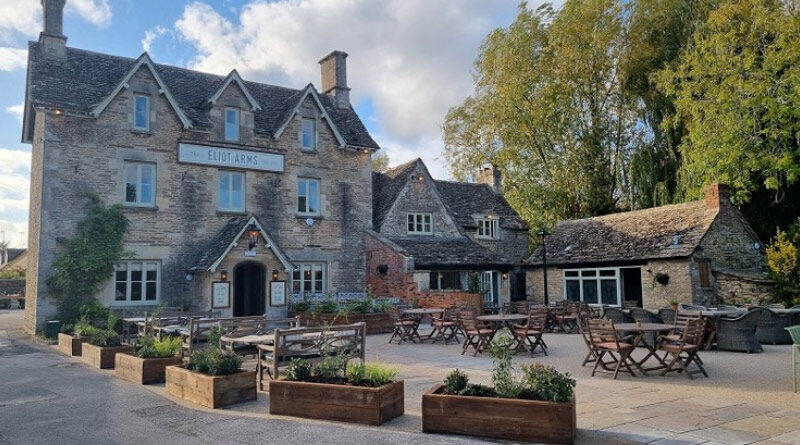 The Eliot Arms, South Cerney has reopened following over half a million-pound investment from Arkell’s Brewery during the summer.

The seven-bedroom coaching inn with bar and restaurant has been purchased and lovingly restored and refurbished by the Wiltshire family run brewery. It will be run by new licensee Amanda Connaughton from Barkby Pubs who also run Arkell’s Bull Hotel in Fairford while the kitchen team will be headed up by the experienced head chef – George Seagroatt.

The first phase of rooms have been completed with seven new ensuite bedrooms, while the historical ground floor has been sensitively refurbished to give The Eliot Arms a modern but traditional pub feel. The Eliot Arms is an historical building and dates back originally to the 1800s and has since been not only a coaching Inn but also a butchers.

The Arkell family have always lived and worked around Cirencester, however, they have never operated a pub in South Cerney and with the amazing history and heritage of the Eliot Arms they decided to purchase the hotel and carry out a full refurbishment over the summer.

“South Cerney, and particularly, The Eliot, has always been somewhere we would like to be, and are really excited to have had the opportunity to invest in The Eliot Arms” said Arkell’s managing director, George Arkell.