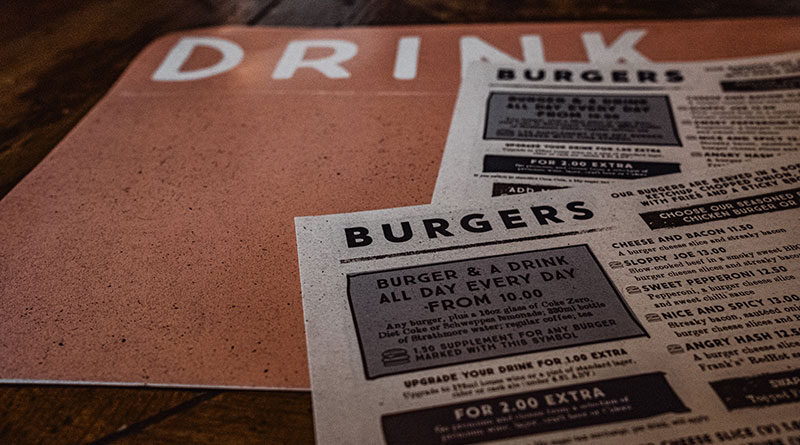 Calorie labelling on menus has changed people’s out-of-home food choices with research from CGA by NielsenIQ revealing that half of consumers (49%) would change their food selection if they felt the menu showed it was too calorific—and nearly two in three of those people would switch if their dish contained more than 1,000 calories.

Six months after the government introduced mandatory calorie labelling for businesses with more than 250 employees, the new ‘Food Insights 22’ report from CGA by Nielsen IQ highlights how consumers feel about these measures and explores how pubs, bars and restaurants can shape their offerings to appeal. Two in five think they are a positive step to improving the nation’s health, but over a third think they will have a negative impact on people with eating disorders and the rest are indifferent.

Consumers are similarly split on their views of calories as a choice factor—between those who sometimes or almost always track them (46%) and those who rarely or never monitor them (54%). Consumers aged 18 to 34 are nearly twice as likely to pay attention to calorie information than those aged 55 or over.

• Nearly one in six (15%) of 18 to 34 year-olds now follow a calorie-controlled diet, compared to just 8% of those aged over 55
• Consumers who would change menu choices because of high calories are much more likely to choose another dish (48%) than get a smaller portion (33%)
• When tracking calories and reducing courses, similar numbers say they would prioritise a starter (39%) or dessert (36%) to go with their main.

Karl Chessell, CGA’s business unit director – hospitality operators and food, EMEA, said:
“Our report shows how crucial it is for suppliers and operators to understand the ways calorie labelling affects consumers’ decision-making. Venues need to find the right range of low-calorie food and drink options to appeal to those who watch their calories carefully, without compromising choices for those who have no interest in doing so. Menu design and communications—both physical and digital—are crucial too, and suppliers have a big role to play in supporting operators’ strategies.”