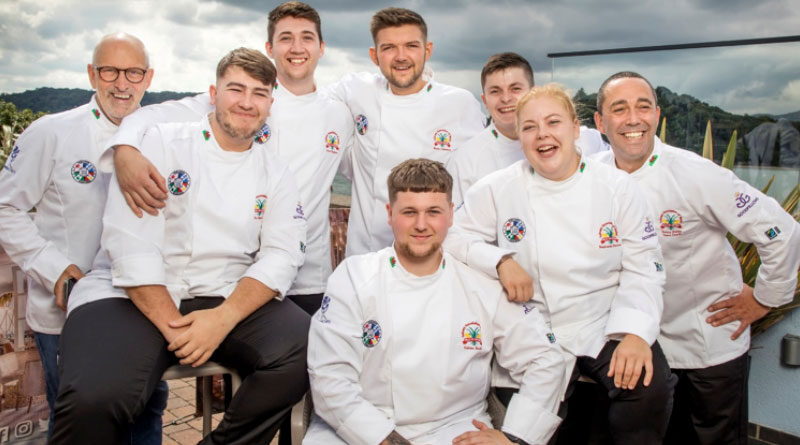 A team of talented, young chefs will be flying the Welsh flag with pride at the Culinary World Cup in Luxembourg in November.

The Junior Culinary Team Wales will be competing against 15 other teams from around the world at the high profile culinary event, which runs from November 26-30.

The competition comprises two different elements: a Restaurant of Nations hot kitchen when teams must prepare a three-course menu 70 people and a ‘Table of Fire’ which will see teams prepare four different kinds of cold and hot finger food, a cold, festive fish or seafood platter, hot main courses and dessert for 12 people.

Wales presents its ‘Table of Fire’ on Sunday, November 27 before heading into the hot kitchen the following Tuesday.

“The squad shows a good blend of skills, knowledge and youth,” said Michael. “Their development over the last 12 months has been fantastic at every practice and they are raising the bar in terms of their work ethic and dishes produced.

“We are arranging a series of training weekends and practise lunches and dinners to perfect the dishes in the lead up to the Culinary World Cup.

“Our mission is to keep developing young Welsh chefs who will hopefully progress into the Senior Culinary Team Wales in the future.”

Graham Tinsley, MBE, the Culinary Association of Wales’ culinary director, said:
“The junior team has great potential because the chefs are very dedicated, are practising hard and have created some great dishes.

“They have gelled together really well under the leadership of Mike, who is a good organiser and Danny, who is a very good chef with a lot of competition experience.”