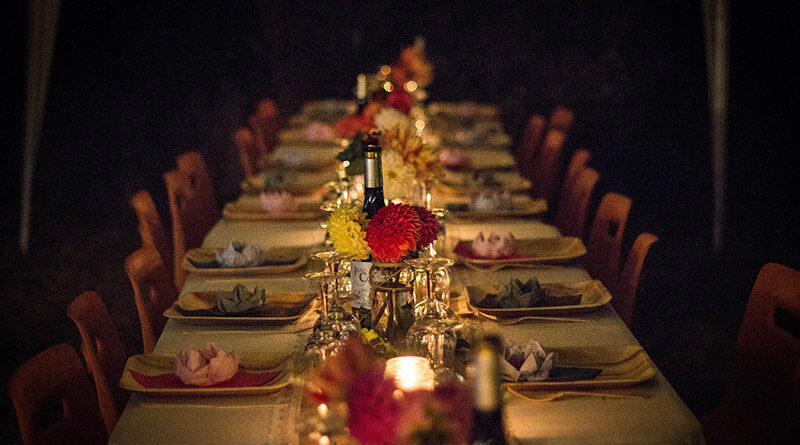 A country pub has announced it will hold another of its electricity-free ‘Blackout Nights’, where customers are invited to an atmospheric candlelit dining experience.

The Bat and Ball Country Pub, and Haywards Restaurant, revealed it has decided to continue its themed “blackout nights” following its “unprecedented” success.

The pub first started their ‘Blackout’ nights before the pandemic, and after announcing that they would resume the event, the pub saw an “unprecedentedly” quick sell-out, with plans for regular ‘blackout nights’ are also in the pipeline.

He added that the experience is like “going back in time” because customers are welcomed into the rural setting of a wood-beamed restaurant with log fires, candlelit tables, acoustic music, and handwritten receipts.

“You don’t realise how loud the hum of the tills being on, the lights being on, and the speakers being on is. That little bit of ambient background noise, when that all goes off for a little bit, it’s kind of like that feeling when you get a power cut. You notice that drop in volume.”

The pub’s blackout nights have evolved since the first one, which Dan described as an “origins story” with a genuine power cut, so they now do see some “non-negotiable” electricity used.

This includes for things like card machines, the kitchen, and for safety.

Dan added: “It’s just completely background restaurant noise though. It’s really dampened down and there’s a moment before everyone gets here when there’s a moment of silence and everything goes off.”

Another Sussex pub, is the Tipsy Fox in Southwater, West Sussex has scheduled its first ‘blackout’ evening for Saturday 19 November.

Licensee Andrew Keeley said, while the pub was currently in a fixed contract, he had been quoted up to 10 times more in energy costs upon renewal, which, as well as offering a “quirky” experience for customers, was a contributing factor in deciding to host the event.

Andrew explained the kitchen would operate as usual with power but the whole front of house would run without electricity during the event, which has already seen 70% of spaces booked, with acoustic music and even handwritten receipts in place.

He said: “More and more, you have to give people a reason to come out and visit the pub, it’s not just finish work, let’s go and spend some money, you’ve got to give them reasons and value to spending money that is more difficult to earn these days.

“That’s a big driver for us, finding a point of difference, and finding ways to be smarter in how we operate.”