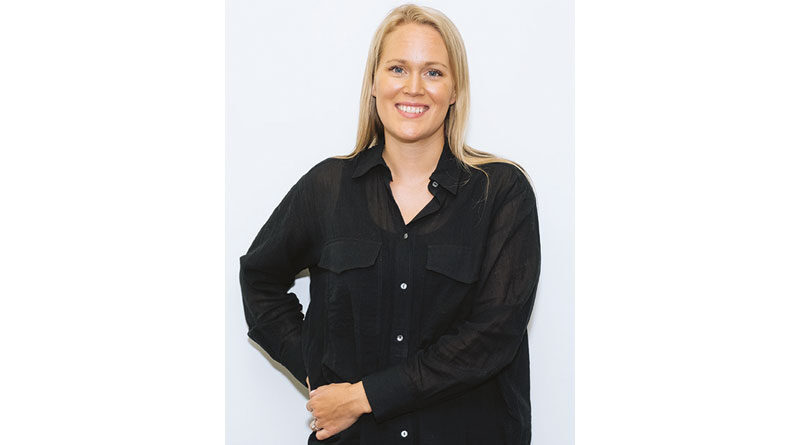 By Jennifer Johansson, founder and CEO of Placed App (www.placed-app.com) 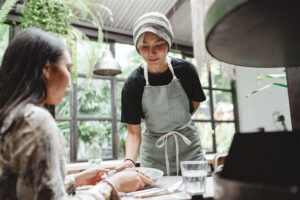 Another week, another story about the grim outlook for the hospitality sector, beleaguered by labour shortages and restaurant closures. Last month, Westminster City Council announced a £1m scheme to drive recruitment within London’s hospitality and tourism sectors. But are interventions like this substantial enough to address the engrained issues that lie at the heart of hospitality’s recruitment woes?

Covid has seen hospitality businesses struggle more than twice as much as other industries to fill vacancies (ONS, 2021). This is, in part, exacerbated by Brexit but also as a result of negative perceptions regarding jobs in hospitality.

Hybrid working, now widely the norm, is giving people an alternative to the hard slog of shift work demanded by industries such as hospitality and care work. With mental health issues being a particular feature of the pandemic, people desire employment that fosters better work-life balance, more flexibility and more well-being benefits from their employer. Consumers are being choosier in who they shop and work with – particularly in light of how badly some corporations have treated their customers or staff at times of great adversity. Candidates want to work for a socially responsible and caring employer. It is the strength of this ’soft power’ that will determine how well and effectively businesses can attract talent in these turbulent times.

I’ve worked in the hospitality sector since I was 14 and I’ve always been curious about the industry’s UK’s recruitment problem.

It’s a vibrant, sociable, exciting and creative industry in which to work if you’re a people person. In my native Sweden, if a graduate has ambitions to build a career in hospitality, no one challenges, belittles or judges this desire. They’re not considered to be over-qualified and the sector is not perceived as an unattractive one in which to enter. When it comes to growing professionally in nearly all sectors, one always starts off at the bottom and progression occurs with hard work and experience. Hospitality is no different in this respect.

Yet the UK hospitality industry’s image ‘problem’ is preventing prospects from considering a long-term career in the sector and has, in some respects, contributed to the industry’s perpetual high-churn rate. When it comes to recruitment, the applicant now has the upper hand. This is not such a bad thing. The wielding of such power may force organisations, including those in high churn sectors, to innovate their propositions to attract personnel that will drive their success. Innovation rarely happens when one operates within their comfort zones. Covid and Brexit have definitely not given the hospitality industry an easy ride.

There has never been a more opportune moment for an industry reset; where businesses in the sector may reappraise how they can draw in talent, not just through policies and operations that show themselves as responsible employers with wellbeing, work life balance and flexibility at the heart of their employee engagement schemes. There also needs to be a wider effort to position hospitality as a rewarding career route where wait staff et al. can envisage a pathway towards sitting in the highest offices of an organisation one day, give or take the right attitude and training to support them on that journey. And of course businesses need to publicise all the compelling reasons why people should apply to work with them.

Prior to starting my business, back when I was working for a luxury concierge service and talking to managers and owners of hospitality businesses every day, I saw how they were always recruiting for positions. It was hardly modern and completely misattuned to the way Gen Zedders consume information and look for work. Herein lies a problem to their recruitment strategy that is easily solvable if technology is employed and a more considered effort was made to show how they are appealing employers.

Then there’s the cost of working in hospitality and the unshruggable belief that hospitality jobs pay poorly. Money is king, so the saying goes, and never has this been more apparent in a world where cost of living is rising exponentially.

Yet the pandemic has revealed two things within us: firstly, a greater appreciation for the intangible things in life that money can’t buy and, secondly, an even greater intolerance for businesses and brands who fail to support the community in their greatest time of need. In a new values-driven world, it is the hospitality businesses that are able convey themselves as caring, responsible employers that will win the war for talent.

Correction and Apology on Behalf of Placed App

In an article dated 29th April 2022 entitled ‘Hospitality’s Soft Power Is Key To Weathering Endemic Labour Shortage’ written and supplied as a guest article by Ms. Jennifer Johansson, founder and CEO of Placed App, which appeared in the digital version of the Caterer, Hotelier and Licensee News, J D Wetherspoon Plc was named as an example of a company that had treated its employees badly. In a revised version of the article which appeared in the digital version of the publication on 9th May 2022, it was further inferred that J D Wetherspoon mistreated its staff in its response to the Covid-19 pandemic.

The author Jennifer Johansson wanted to clarify that J D Wetherspoon, in this context, was included in both versions of the article only as an example of a company whose ‘soft power’ – rightly or wrongly – was, in her view, diminished in the wake of lockdown, following media claims that the company had informed its employees immediately after lockdown was announced in March 2020 that there may be some delay in payment of their wages thereby harming its reputation as a ‘responsible’ employer. The media claims that there was any intention to delay payment to its employees were and are still, strongly denied by J D Wetherspoon, whose employees were paid an time after the initial lockdown, and every week thereafter, during the pandemic.

The author, Jennifer Johansson, accepts that the description of J D Wetherspoon as a company that treated its employees “badly” was incorrect and issued without explanation and the inference that the company had mistreated its staff in response to the Covid-19 pandemic was inaccurate. Ms. Johansson apologises to J D Wetherspoon for these statements.