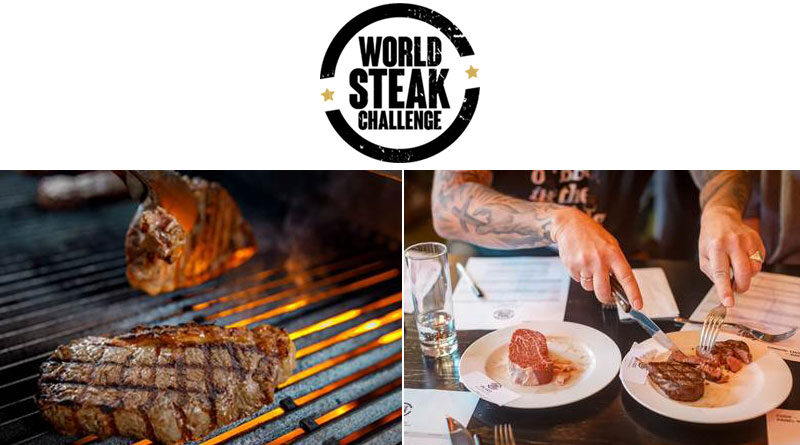 The World Steak Challenge has returned for a two-day ‘meat up’ taking place from 27-28 September in Dublin putting the best cuts of beef to the test.

Now in its 8th year, the competition showcases the top steak producers and suppliers from around the world, all competing in the three categories of fillet, rib eye and sirloin. With more entries than ever before from 20 different countries worldwide, the ‘steaks’ are high for this year’s challenge.

Coming top for the last three years is a Finnish Ayrshire sirloin; fed up to 500 grams of chocolate daily, the steak was praised by judges for its sweet and tender taste. With previous winners including steak farmers, cattle farmers and ranchers, beef processors, brands and wholesalers, this global competition has hundreds of entries already this year and provides an opportunity to highlight product quality on a global scale.

The awards will be announced at the Round Room at the Mansion House in Dublin, following Ireland’s success of winning a record-breaking 46 golds at last year’s event. All the 46 gold-medal winning cuts were grass-fed with the most popular, the sirloin scoring 19 medals, followed by rib eye which won 16 and the fillet with 11.

The World Steak Challenge is judged blind by a panel of over 60 independent experts including Keith Fisher, fourth generation butcher and Chief Executive of the Institute of Meat, Richie Wilson, well-known TV chef and Executive chef of FIRE Steakhouse and Ioannis Grammenos, Executive chef and Meatologist of Heliot Steak House in London.

Each steak is judged on its own merits against the internationally agreed criteria and the technical testing covers raw and cooked. The steaks that achieve the highest gold medal scores in the technical element then enter the second stage of judging. The scores awarded at this stage for each steak are added to the total from stage one to reach an overall score. The steak with the highest total score is awarded the title of World’s Best Steak and its producer World’s Best Steak Producer.

Ellie Knight, World Steak Challenge Head of Events, said:
“We are excited to be back in Dublin for the third time to host the World Steak Challenge. Last year was a record-breaker but with more entries than ever already this year we are expecting big things. With over 20 countries involved, it truly is a global event to highlight the quality of steak on an international scale.”