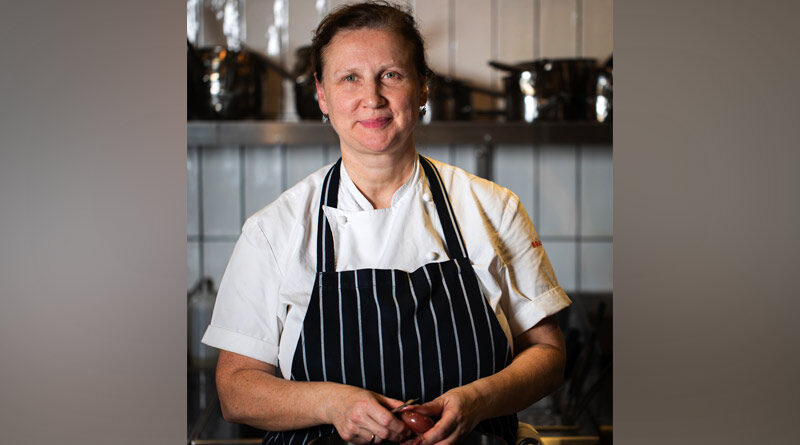 Celebrity Chef Angela Hartnett OBE has backed major recruitment campaign Hospitality Rising amidst fears the industry could be ‘killed’ by the energy crisis.

She is the latest among big-name chefs, including Tom Kerridge, Raymond Blanc OBE, and Thomasina Miers, to throw her weight behind the ‘Rise Fast, Work Young,’ initiative which has been launched in a bid to help fill the industry’s 400,000 vacancies.

Highlighting the hospitality industry’s impact on the economy, Angela said:
“We bring billions of pounds into the Exchequer, and as Robin Hudson always said, ‘we’re a tap that can be switched on.’

“We’re a great industry, I think we’re very welcoming and I don’t think I’d want to do anything else. I support Hospitality Rising because this is about bringing our industry together as one united body.

“I think it’s important for others to be involved in Hospitality Rising because then you have a say, it’s like anything – you can’t make a comment if you don’t have a vote.”

Seen as an icon in the food industry, Angela is an advocate for the campaign, which was launched last month as the industry’s response to help tackle the sector’s crippling jobs crisis.

Figures from KAM, which is supporting the Hospitality Rising effort, show that only 1 in 5 people would consider a hospitality job and 42 percent of current employees are thinking about leaving the sector.

Chef restauranteur Angela, who discussed her support for Hospitality Rising on BBC’s Saturday Live kitchen at the weekend, said: “I think there is staff out there, people can recruit but I think what the big issue is in lots of places is staff retention.

“I was talking to an operator the other day and she said we’ve recruited 50 per cent and we’ve lost 50 per cent, and that’s where your problem is.

“More than anything it’s the energy crisis that’s going to kill businesses. But we’re an industry that employs 3 million plus, that just never minds the periphery of people who make your cups, make your tablecloths, clean your restaurant, and all the rest of it.

“We can show everybody what a brilliant industry it is, what a great career you’ll have, and what hospitality is all about.”

“This movement is all about showcasing the opportunities and promise of where hospitality can lead. But we need action to be taken by the Government when it comes to the rising energy bills in order to ensure our industry is safeguarded.

“We are all united in our approach to make hospitality a preferred job and career choice for all.”
To see the full range of Hospitality Rising podcasts featuring backers and chefs, visit the campaign’s Youtube channel.