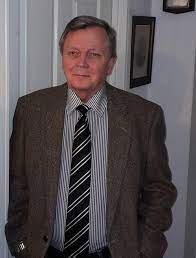 An East Northants pub landlord who lost everything when he was wrongly prosecuted in his local council’s ‘vendetta’ is to be paid a seven-figure sum in damages.

Mr Monks, former landlord of the “Snooty Fox” in Kettering Northamptonshire 25-year nightmare began when he banned a local solicitor Jenny Lawrence, partner of former Northamptonshire Council Chief Executive Roger Heath, after she allegedly became angry over being served the ‘wrong bottle of wine’. This claim was not refuted by the city council.

Ms Lawrence then complained that she had suffered food poisoning at the upmarket pub, with the council launching an investigation into alleged malpractice at the Snooty Fox.

In his High Court action Monks alleged that Mr Heath was at the time involved in a “sexual relationship” with Lawrence. The Council did not deny this allegation in its defence.

Despite offering to carry out the remedial actions suggested by environmental officers, the council’s environment committee decided to assign authority to the council’s then chief executive to prosecute Mr Monks for food safety offences.

In October 1999 Mr Monks was convicted of six offences and given a £25,500 fine plus £8,300 court costs which was reduced to £13,000 on appeal the following year. After losing his businesses and his home, the publican was unable to afford to pay his legal fees and was imprisoned in Milton Keynes’ maximum security HMP Woodhill in 2003, adjacent to notorious Soham murderer Ian Huntley.

He was also later convicted in relation to the Samuel Pepys pub in 2003, although this was later overturned on appeal. He had to wait until 2015 to see his previous conviction relating to the Snooty Fox overturned, following a referral from the Criminal Cases Review Commission.

The prosecutions had a “catastrophic” effect on Monks’ businesses, said his legal team, he was forced to sell all three pubs he owned at a loss, and also lost his home.

After launching a High Court battle claiming malicious prosecution and malfeasance in public office against the council in 2019, Dr Monks has agreed to a six-figure settlement after vigorously maintaining his innocence for more than two decades.

His lawyers said the decision provided “full vindication” for Dr Monks. Speaking after the trial, Paul Mitchell QC, for Dr Monks, said: ‘The evidence against him on each occasion was thin and contradictory.

‘He achieved the remarkable distinction of being the defendant to three of only a handful of food safety prosecutions the council had undertaken between 1990 and 2001, during which period it had carried out over 7,000 investigations.

“Dr Monks said that East Northamptonshire Council (ENC) had persecuted him because he had offended a powerful local solicitor who was a lover of ENC’s chief executive. ENC did not deny this.

‘If that had been proved at trial, then it might well have been established that the abuse of process consisted in ENC’s prosecuting Dr Monks because of an outrageous abuse of power by its chief executive: that was the “vendetta” abuse of process, where the true aim was to punish Dr Monks for offending the mistress, not for serving contaminated food.’

‘It is accepted that East Northamptonshire Council’s actions caused serious personal injury, loss, and damage to him over a period of more than 20 years, and I sincerely apologise for those actions.

‘I hope that Dr Monks is able to have his reputation restored and that the substantial damages which the Council has agreed to pay to him go some way towards assisting him to move forward with his life.’

The final fee is estimated to be in the region of £14 million, and it is only the third time in history that an applicant has successfully claimed ‘abuse of process,’ with the last case occurring in 1861.

The Council will also make a public apology, in open court, for its predecessor’s actions.