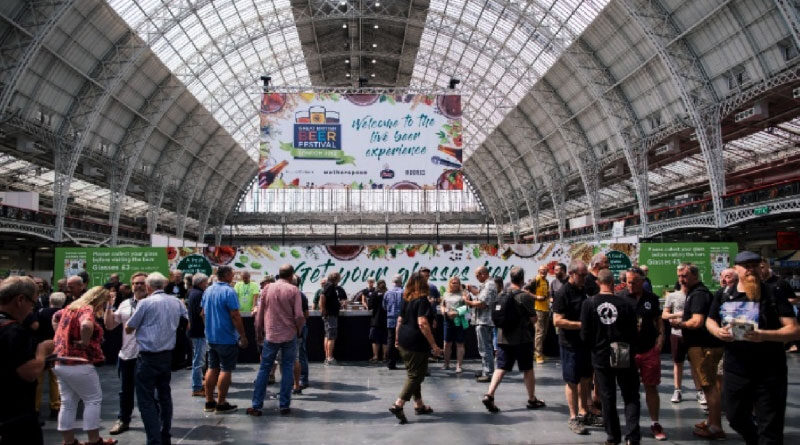 Cask Marque is urging it’s 80,000 ‘ale-trailers’ to make the Great British Beer Festival an “unmissable” stop in their beer exploration travels this summer.

The festival, which takes place at Olympia London from 2-6 August, will feature nearly a thousand different cask ales, live craft beers, ciders, perries, gins and wines all under one roof and boast some of the best quality cask brews from both the UK and abroad.

Cask Marque is best known for the seal of approval it provides to pubs that offer great quality cask ale, but it has also developed a highly popular CaskFinder App allowing beer lovers to take part in the World’s Biggest Ale Trail.

The Great British Beer Festival will feature prominently on this year’s Ale Trail as a key destination this summer, with free ticket giveaways for ale trailers. Cask Marque will also create a bespoke Ale Trail to follow at the festival with consumer prizes on the day.

Cask Marque has also announced its official partnership with the festival, supporting its return to London after a two-year hiatus due to COVID-19.

Paul Nunny, Director of Cask Marque said:
“We are especially keen at Cask Marque to support the return of the Great British Beer Festival and promote it as a must-visit occasion for the trade and public alike. GBBF has been a flagship event in the summer beer calendar for nearly 50 years and has been sorely missed throughout the COVID-19 pandemic. We urge everyone with an interest in fantastic cask beers to head there this summer.”

The Great British Beer Festival is the only place in the world where beer lovers can find up to a thousand different real ales, cider and perries from across the UK and beyond. It is also the sole destination for US cask beers – a rarity in the States themselves – as part of a cask beer exchange with the New England Real Ale Exhibition (NEREX).

Festival organiser Catherine Tonry said:
“We are so delighted that we’re able to open our doors to the public and trade again after two years of lockdowns and closures, and we’re determined to make this year a fantastic experience. We warmly welcome Cask Marque’s support and would like to invite all cask ale trailers to head down to an unmissable event of fantastic brews from both sides of the Atlantic.”

To find out more and book today, visit https://gbbf.org.uk/tickets/