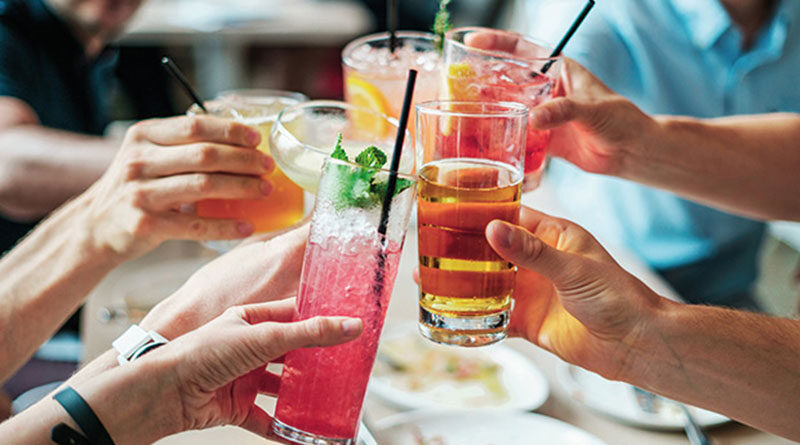 On Premise drinks sales were fractionally behind the pre-COVID-19 levels of 2019 for the second time in a row last week, the latest Drinks Recovery Tracker from CGA by NielsenIQ shows.

Average sales by value in managed venues in the seven days to Saturday (18 June) were 1% down on the same period in 2019. However, with year-on-year inflation at a new 40-year high of 9%, they are significantly further behind in real terms.

It was a week of two halves for the On Premise, with a strong midweek followed by a disappointing Saturday. Warm weather helped to drive drinks sales into double-digit growth on Tuesday (up 24%), Wednesday (up 11%) and Thursday (up 10%), but trading was just 2% ahead on Friday and it fell away by 11% on Saturday, partly because of cooler temperatures.

The contrasting figures show again the very close correlation between the weather and sales, especially in the summer. They also reflect shifts in trading dayparts, including a rise in midweek drinks for those workers who now spend Fridays at home.

The high temperatures helped cider to become the best performing drinks category for the second week in a row, with sales 12% ahead of the same week in 2019. Spirits were up by 5% and beer by 1%, but soft drinks were down 6%. Wine sales had yet another tough week at 18% down.

“High inflation is making it very hard for On Premise drinks businesses to achieve real terms growth at the moment,” says Jonathan Jones, CGA’s managing director, UK and Ireland. “It’s going to be a while before we see the full impacts of the cost-of-living crisis on consumers, but spending is likely to come under increasing pressure as we move into the second half of 2022. Having said that, consumers are telling us that they want to spend more in the sector and will prioritise eating and drinking out over other discretionary spend.

Understanding these new priorities and the changes in consumer habits since COVID-19 are going to be two of the keys to success in a very competitive and challenging market.”