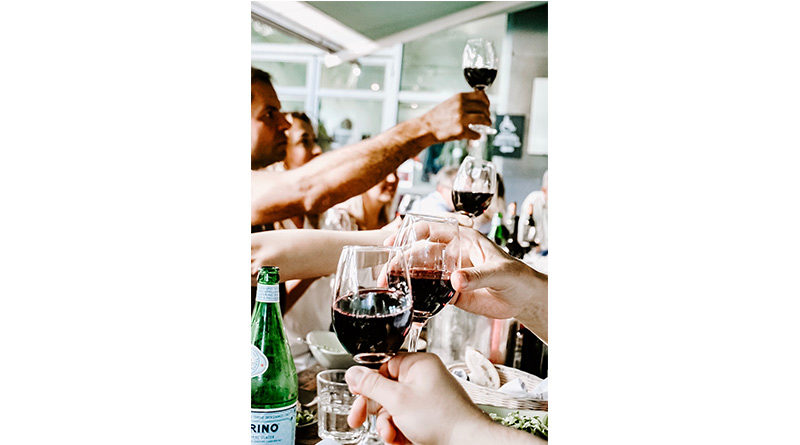 RISING hospitals admissions in England are putting New Year’s Eve celebrations at risk as the possibility of new restrictions increase.

New Covid restrictions have come into effect in Scotland, Wales and Northern Ireland as the nation’s try to arrest the rise in infections, with all three nations introducing curbs on the hospitality and leisure industry, resuming social distancing rules and imposing limits on the size of gatherings.

Prime Minister Boris Johnson has yet to announce any further restrictions in England, but has cautioned  that he would not hesitate to act if necessary.

Two-metre social distancing is required in public premises and offices, and nightclubs will close. The rules come into force from 6am.

Restrictions begin on Boxing Day with indoor events limited to 100 people standing or 200 people sitting, and outdoor events are restricted to 500 people. One-metre social distancing will be enforced.

From tomorrow,  27 December, there will be further restrictions on household mixing. Groups must be limited to three households. There will also be social distancing of 1 metre enforced in hospitality venues such as pubs, bars and restaurants, as well as theatres, cinemas and gyms. Table service will be required in places serving alcohol.

Nightclubs are now closed and indoor standing events are prohibited. Further restrictions come in from tomorrow, 27 December, when table service will be compulsory in pubs, bars,  cafes and restaurants. A maximum of six people will be allowed to be seated together in hospitality settings. More than six will be allowed if they all belong to a single household, as long as it is not more than 10.

People are strongly advised to limit the number of contacts and to gather in groups of no more than three households.

Ministers are expected to meet to discuss further restrictions tomorrow December 27 however, indications are new measures are likely to be “advisory” at this stage.

The government has been given modelling by Sage scientists which look at the effects of returning to stage 2 restrictions, including  the closure of indoor hospitality but allow pubs and restaurants to serve outdoors, as well as a ban on indoor mixing in homes and a return to the rule of six outdoors.

Warnings advising to stay away from crowded places resulted in a wave of  Christmas ­parties cancelations and revellers avoiding town centres and pubs, resulting in an estimated 35% fall in trade with the  hospitality sector  losing £5billion in December, equivalent to £160million a day.

Now, with New Year’s Eve approaching, pubs, bars and hotels are unsure whether to order in food and drink.

David Sheen, of trade body UK Hospitality, said: “The fear of closure or further restrictions means business owners are cutting back on orders and running down stock levels. This is having a knock-on impact on suppliers. The drop in trade is disastrous and the uncertainty is deterring customers.”

Wetherspoons boss Tim Martin warned that New Year must not be cancelled, saying: “Do not ­follow Scotland.”