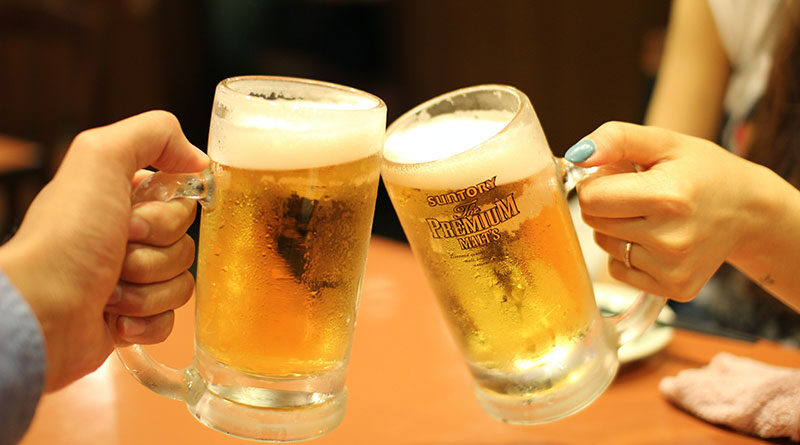 Figures from the Office of National Statistics show the hospitality industry helped contribute to the growth as millions went to pubs and restaurants to watch the football tournament.

Analysts had predicted the economy would shrink by 0.3% for November, whereas the economy saw a 0 .1% growth, according to data from the Office of National Statistics (ONS).

ONS Director of Economic Statistics Darren Morgan said that for the UK to enter recession in the fourth quarter of 2022, GDP in December would have to contract by 0.6 per cent, but thanks to the the hospitality sector, which has been so badly hit by Covid lockdowns and strikes, the economy saw a welcome lift during the World Cup in Qatar as fans flocked to pubs and bars to watch matches.

Mr Morgan said:
“What I would also point out is pubs and bars, an area of the economy that has been having some really tough times actually, and they did well in November. And they tell us they benefited from the start of the World Cup, as it seems many of us were full of hope when it started in November, and went out to enjoy the games.”

UKHospitality CEO Kate Nicholl said
“today’s GDP figures once again underlined the importance of hospitality in driving economic growth and recovery. The World Cup provided a significant boost in November, with pubs and bars reporting sales up 30-40% on match days. This once again shows the power of big sporting venues, even in winter and the important roles our venues play in bringing communities together”

“However, the figures are also highlight the impact strike action had on the sector and the cost of lost sales is likely to be set out more starkly in next month’s figures”.

Yael Selfin, Chief Economist at KPMG UK, said:
“While pubs and restaurants benefited from higher demand partly thanks to the World Cup, consumers reined in their spending on other categories in response to the cost-of-living squeeze. Consumer-facing services were still 8.5 per cent below their level in February 2020, compared to all other services that were 2 per cent above in November.”

Responding to the figures, Chancellor Jeremy Hunt said the Government was putting in place its plan to help put the UK economy on stable footing for the long run.

He said: “We have a clear plan to halve inflation this year – an insidious hidden tax which has led to hikes in interest rates and mortgage costs, holding back growth here and around the world.

“To support families through this tough patch, we will provide an average of £3,500 support for every household over this year and next – but the most important help we can give is to stick to the plan to halve inflation this year so we get the economy growing again.”